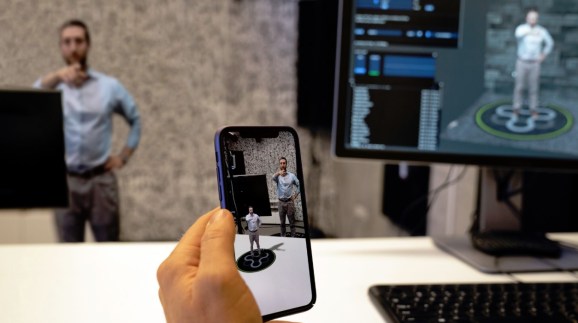 Jaunt’s last two months have been pretty eventful: Originally known for virtual reality experiences, the company recently shifted into providing augmented and extended reality technologies to other companies, and even installed a new CEO. Today, it unexpectedly announced that it’s winding down its VR products and services to focus its efforts on AR and XR creation technologies.

The company says that it’s going to focus its resources on “further developing technologies that allow for the scaled creation of AR content.” Back in August, Jaunt showed off a volumetric body scanning technology capable of streaming a real-time AR video feed of a person as recorded by six depth-sensing cameras — effectively hologram-style content. Weeks later, Jaunt acquired Teleporter, a streaming solution capable of sending volumetric AR content over the internet.

These offerings appear to be core to Jaunt’s efforts going forward. Its San Mateo and Chicago teams will continue to work on these volumetric AR/XR technologies, but the company says it will shed staff as it “smoothly and professionally” discontinues VR-related content services and products in concert with its customers.

Augmented and mixed reality hardware have yet to take off outside of industrial and enterprise applications, as the headsets have thus far proved unappealing to the wider consumer marketplace. However, streaming of holographic and otherwise ultra high-resolution 3D content is expected to increase in both importance and popularity as companies work to integrate live 3D assets into live help assistants and personalized online tutorial applications. Unlike current cellular and Wi-Fi networks, next-generation 5G wireless networks are expected to have the necessary bandwidth and latency to support these services.