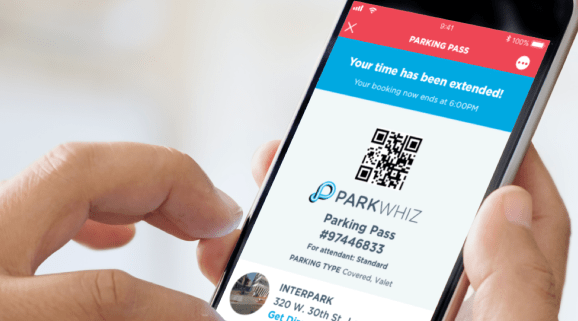 Finding parking is often an exercise in frustration, but what’s even more annoying is figuring out how to pay for said parking. Even newer meters and garages typically require that you download a smartphone app or fumble with a credit card to claim a spot, and don’t offer an easy way to extend your reservation.

ParkWhiz hopes to solve those problems with a combination of sensors, wireless connectivity, and machine intelligence. It today announced the Arrive Network, which lets any driver using a supported app or registered car automatically pay for parking without pulling a ticket.

“This is a huge step forward in connected mobility. The Arrive Network will allow consumers to park at will across an expansive network of locations by simply driving up and having the gate lift,” Yona Shtern, CEO and executive chairman of ParkWhiz, said. “It’s a game changer for consumers, operators and fleets. No more tickets, vouchers or expense reports.”

The Arrive Network leverages Bluetooth and other wireless devices to automatically detect when a car pulls into a lot or parking space. It’s already begun to roll out in “hundreds” of locations in North American cities, ParkWhiz says, including in select Chicago parking garages with parking solutions firm Tiba.

“We’re pleased to be working with ParkWhiz to bring ParkBlue, our innovative new cloud-based parking and access management solution, to the United States and Canada,” Moshe David, CEO of Tiba, said in a statement.

There’s plenty of competition in the parking payments space — apps like Pango, SpotHero, Parkmobile, and Passport, to name a few,  vie for drivers’ attention. But there’s enough money on the table to go around: Parking lots and garages are forecast to generate $9.8 billion in revenue by 2020, according to Statista.

ParkWhiz has grown rapidly in the years since its launch, using seed funding from earlier rounds to acquire competitor BestParking and Tel Aviv-based mobile payments company CodiPark. It has also teamed up with high-profile services like Groupon, Concur, Ford, and StubHub to integrate its booking services with their respective platforms and entered promotional partnerships with sports teams, including the New York Islanders, Indianapolis Colts, and Boston Red Sox.

ParkWhiz said its distribution partners number around 300 today, and that more than 40 million people use its apps in over 4,000 parking locations and 190 cities. It also says that its consumer-facing apps — BestParking and ParkWhiz — drove more than $50 million in revenue to parking operators in 2015.