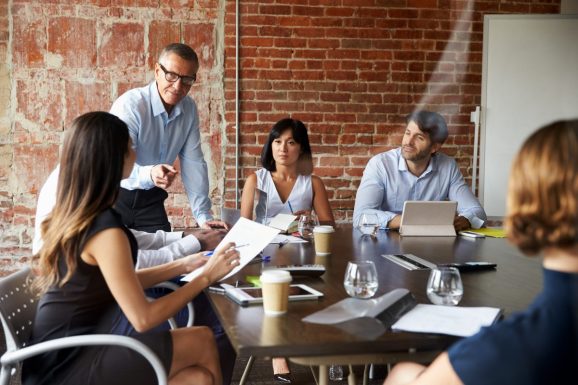 Companies are ramping up investments in artificial intelligence (AI) technologies. That’s the biggest takeaway from Deloitte’s second “State of the AI in the Enterprise” report, a survey of more than 1,100 IT workers and executives from U.S.-based companies that was conducted in the third quarter of 2018.

“Companies are excited about the potential of AI to improve performance and competitiveness — and for good reason,” said Dr. Jeff Loucks, executive director at Deloitte’s Center for Technology, Media, and Telecommunications. “But to reach this potential, companies must engage risk, address talent shortfalls, and execute well. While AI’s upside is significant, haste can leave companies with bridges to nowhere — pilots that don’t scale or projects with no business benefit.”

The report breaks out AI adoption into four categories: machine learning, or the ability of statistical models to develop capabilities and autonomously improve their performance over time; deep learning, a form of machine learning involving neural networks; natural language processing, the ability to parse meaning from text; and computer vision, techniques that extract intent out of visual elements.

Natural language processing outstripped all other categories in terms of growth, according to the survey, with 62 percent of companies reporting having adopted it (up from 53 percent a year ago). Machine learning came in second with 58 percent (up 5 percent year-over-year), and computer vision and deep learning followed close behind, with 57 percent and 50 percent adoption, respectively (a 16 percent increase from 2017).

Deloitte credits increased investment with the uptick. About 37 percent of executives said their companies have set aside $5 million or more for “cognitive” technologies like deep learning and machine learning, including enterprise software with AI “baked in.” And 55 percent said they’d launched six or more pilots (up from 35 percent a year ago), with 58 percent claiming they’d undertaken six or more full implementations (up 32 percent).

The enthusiasm — plus a strong desire among executives to “catch up with their rivals” — is contributing to an annual global growth rate in AI-as-a-service solutions of 48.2 percent. (Deloitte pegs the cognitive technologies market at $19.1 billion globally.) There’s some urgency about it; 42 percent of executives surveyed believe that adopting AI will be of “critical strategic importance” within the next two years, and some are already beginning to see gains.

More than 80 percent said their AI investments resulted in a financial return, particularly in the technology, professional services, and media and entertainment/telecommunications sectors. Deloitte cites Netflix as an example: The streaming media giant found that if its customers search for a movie for 90 seconds, they give up. By using AI to improve search results, it was able to save about $1 billion in potential lost revenue.

Other cost savings might come from job cuts. A majority of those surveyed — 63 percent — expect that AI will automate tasks currently overseen by human workers. That said, 78 percent contend that cognitive technologies will empower people to make better decisions, and 72 percent and 78 percent said it’ll increase job satisfaction and “fuel new ways of working,” respectively.

Those findings jibe with previous reports.

The World Economic Forum, PricewaterhouseCoopers, and Gartner have predicted that AI could make redundant as many as 75 million jobs by 2025.

Moreover, the McKinsey Global Institute this year forecasted that the portion of jobs calling for “low digital skills” may fall to 30 percent in 2030 from the current 40 percent, as jobs that require higher skills increase to 50 percent from 40 percent.

Those and other labor market shifts will result in a 1.2 percent increase in gross domestic product growth (GDP) for the next 10 years, McKinsey analysts said, and help capture an additional 20-25 percent in net economic benefits (equating to $13 trillion globally) in the next 12 years.

Despite accelerating adoption momentum and impressive early returns on investments, executives responding to the survey expressed reservations about AI.

More than 20 percent ranked “cybersecurity vulnerabilities” as a key concern, while 43 percent rated “making the wrong strategic decisions based on AI/cognitive recommendations” as among the top three. About 39 percent, meanwhile, cited the failure of AI in a mission-critical or life-and-death situation as one of their fears.

Legal, regulatory, and ethical issues around AI remain stumbling blocks for the corporate world. One in 10 survey respondents indicated a high degree of anxiety about the legal and regulatory risks associated with AI system, and a third of executives cited ethical risks — particularly the power of AI to create or spread false information.

Those worries are driven in part by the opaqueness inherent in some systems, according to Deloitte.

“[A challenge for] AI adopters is the growing complexity of machine learning and the increasing popularity of deep-learning neural networks, which can behave like black boxes, often generating highly accurate results without an explanation of how these results were computed,” the report authors wrote.

Cognitive technologies talent — or lack of it — remains a problem, too. About 30 percent of executives cited it as a major concern within their respective organizations, and more than 20 percent collectively said they’re seeing a shortage in AI software developers, data scientists, user-experience designers, change-management experts, project managers, business leaders, and subject-matter experts.

The most-needed talent is AI researchers to invent new kinds of algorithms and systems.

“There is an ongoing need to hire and train highly capable AI experts,” the report authors wrote. “Companies with this kind of commitment to AI/cognitive technologies will probably be living with skills gaps for a long time.”

Despite the palpable enthusiasm for AI, executives are realistic about the challenges involved. Roughly 56 percent of them said cognitive technologies would transform their companies within three years, down from 76 percent last year.

But be that as it may, executives’ reactions to AI tools overall were “remarkably bullish.”

“We believe executives are acknowledging the complexity of using cognitive technologies to drive change across lines of business, without despairing of attaining that goal,” the report authors wrote. “Though they face challenges, many of the companies we surveyed are having early success integrating AI within their operations and customer relationships — and getting economic benefits. They are enthusiastic about their successes to date, and about the potential for these technologies to transform their companies in the near future.”