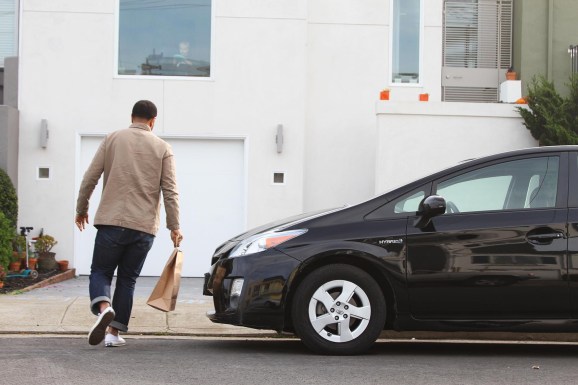 UberEats, ride-hailing company Uber’s four-year-old food delivery arm, is a veritable juggernaut. It covers more than 50 percent of the U.S. population, facilitating deliveries for roughly 100,000 restaurants. And globally, it operates in 300 cities and 300 more locations around the globe.

Chen Peng, head of data science at UberEats, spoke to a few of UberEats’ unique advantages onstage at VentureBeat Summit 2018.

“Analytics has played a critical role in driving the growth of the business,” he said. “We have been using ranking algorithms to tailor the content of the app — for example, menu items and restaurants. [They’ve led to a] 10 percent increase in session conversion rate, which can directly translate into the topline growth of the business.”

Ten percent might not sound like much, but Morgan Stanley and Goldman Sachs value the food delivery business at $20 billion. Needless to say, even ten percent is a substantial slice of pie.

Machine learning is central to UberEats’ day-to-day operations, Peng said. It’s used not only to predict the incremental value a restaurant can bring to the platform, but what dishes are likely to be popular in UberEats’ more than 800 virtual restaurants — popups operating within physical restaurants. On the driver side, it’s optimizing delivery incentives and order batching, and driving dynamic demand-based pricing across UberEats’ merchants. (Most deliveries are completed in 30 minutes or less.)

“We should teach humans to rely on machines to do [certain tasks],” he said. “Machines are here to liberate [us] from repetitive work so you can use your genius for [other work].”

The approach has worked pretty well so for UberEats. About 40 percent of users are new to Uber. The number of trips drivers took grew more than 24 times between March 2016 and March 2017, according to a New York Times report earlier this year. And the platform is profitable in about a quarter of the markets in which it operates, with growth sitting at about 200 percent a year.

But UberEats isn’t letting the success go to its head. It recently teamed up with PayPal to allow UberEats customers to split the bill with Venmo, and it plans to expand to 70 percent of the U.S. population by the end of 2018 — in part through partnerships with restaurant chains like Red Lobster and TGI Friday’s, with a focus on suburban communities.

“Eats is an exploding business in a good way,” CEO Dara Khosrowshahi said at Vox Media’s Code Conference in May. “It’s now at a $6 billion bookings run rate, growing over 200 percent.”

Drone delivery is another growth area. Uber has expressed intentions to launch food-delivery drone fleets by 2021, and this week posted a job ad — since removed — for an executive to head up the effort.

It’s all ahead of a rumored 2019 initial public offering that would value the company at $120 billion.