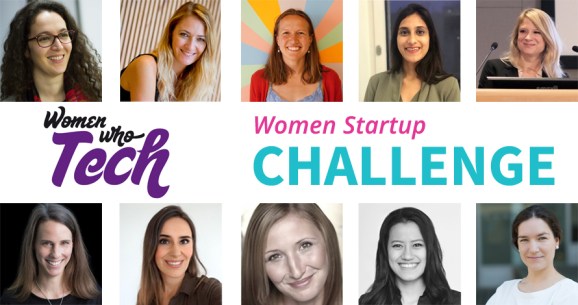 When Allyson Kapin began focusing a few years ago on the issue of female entrepreneurs raising venture capital, she was shocked at how low the numbers were in the U.S. But after turning her attention to Europe, where the stats are a bit more favorable, she was alarmed for a different reason.

That’s because the percentage has been decreasing over the past two years, from 14 percent two years ago to 11 percent last year, according to Pitchbook data. That’s still better than the U.S., where the percentage of venture capital raised by women-led startups was a paltry 2.2 percent in 2017.

But still, on a continent considered more progressive, where the startup ecosystem is surging and there has been widespread attention to the issue of women in tech, it was disappointing that the numbers were headed in the wrong direction, said Kapin in an interview. Alas, the song across both regions is largely the same if one is a woman launching a startup.

“The short answer is there is a lot of sexism in the industry,” Kapin said. “The gatekeepers of investing tend to be men. And people invest with people they can relate to and that people are connected to. And that’s how we continue down this path where startups are something led mostly by men.”

Kapin was speaking in advance of the second European edition of the “Women Startup Challenge” being held Thursday, October 25 at the city hall in Paris. Cosponsored by the mayor’s office, ten finalists culled from a list of 300 will pitch to judges and have a chance at one of several awards worth a total of $60,000 in cash grants, including a $25,000 cash grant by Mozilla to the startup whose product best incorporates privacy and transparency.

The event grew out of work that Kapin was doing at Women Who Tech, the nonprofit organization she founded in 2008, to boost the visibility of women across all job categories in the tech economy, While she felt that steady progress was being made in terms of things like education programs and hiring and participation in tech conferences, the question of fundraising seemed to remain stubbornly resistant, she said.

So a few years ago, she decided to put more emphasis on this issue, in part by launching the startup pitch contest. The first edition in the U.S. was held in 2015 in Washington, D.C. The series was supported in part by a donation from Craigslist founder Craig Newmark via his Craig Newmark Philanthropies.

“I believe that everyone is entitled to a fair opportunity and respect,” Newmark said. “The startup challenge is about pushing those in the tech world and the business world.”

The pitch contest is just a part of what is now a continuous effort to connect women, highlight their work and successes, and get them in front of investors and decision-makers. Last year in London, Kapin brought the Startup Challenge to Europe for the first time.

For this second European edition, the jury will include Stéphanie Hospital, founder and CEO of venture firm OneRagtime; Jean-Louis Missika, deputy mayor of Paris; Julien Quintard, managing director of Techstars Paris; Fatou Diagne, partner and cofounder at Bootstrap Europe; Alejandro Tauber, editor in chief of The Next Web; and Mitchell Baker, executive chairwoman of Mozilla.

The 10 finalists come from across Europe:

Though the immediate prizes and visibility are nice, Kapin also notes that companies that have come through one of the pitch contests have now collectively raised $28 million in venture capital. And in the end, that’s the real long-term goal.

“It’s up to all of us to be intentional about this,” Kapin said. “And we have to continue to open up these networks so that they’re accessible to everyone.”