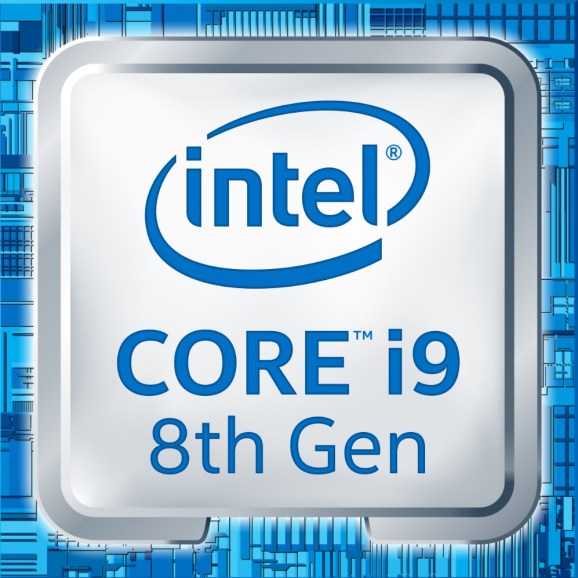 Intel's Core i9 is now available for gaming laptops.

Intel interim CEO Bob Swan credited the company’s expansion into new data-centric markets and the recovery of the PC market with its strong financial performance.

The company blew past Wall Street’s expectations, prompting a 4.42 percent gain to $46.27 a share for its stock price in after-hours trading.

The world’s biggest maker of PC chips said third quarter revenue was $19.2 billion, up 19 percent from the previous quarter, while the PC portion of revenue was up 16 percent. Earnings per share reached $1.40 a share, compared with $1.01 a share a year earlier.

Swan said that in addition to its Xeon datacenter processors, Intel’s growth can be attributed to its expansion into data-centric businesses, including memory chips, field-programmable gate arrays (FPGAs), modems, and other silicon businesses.

And he said that after seven years of decline, the PC industry should see modest growth in 2018. Intel’s chips are popular for commercial and gaming PCs and hybrid laptop-tablets.

Intel expects revenues for the full year to grow more than $8.4 billion to $71.2 billion, a new record, and tweaked its expectations for Q4 upward today. It now expects $19.2 billion in revenue for Q4, and earnings per share of $1.22.

Mobileye had record revenue of $191 million, up 50 percent, as its chips for self-driving cars are starting to take off. Artificial intelligence has already generated $1 billion in revenues to date.

“We continue to make good progress on 10-nanometer,” Swan said in an analyst call, noting that yields are improving and the company is on schedule to deliver its first 10-nanometer chips in the holiday season of 2019. “Our strategy, leadership, products, and amazing people led to the best quarter in the company’s history.”

Swan said that Intel embarked on its quest to become a data-centric business five years ago and that the effort is starting to bear fruit.

“Intel had a blowout third quarter, led by massive uptake in data-centric technologies like Xeon processors, FPGAs, networking, and storage technologies,” said Patrick Moorhead, analyst at Moor Insights & Strategy, in an email. “Every division saw growth, surprisingly, [even] the PC Group. PC growth is a testament to Intel’s marketing and sales ability to successfully execute the up-sell, as well as taking advantage of macro growth where it is strongest — commercial PCs. Intel even saw mature market consumer PC improvements, a testament to gaming and thin and light portfolio strength and market demand. Overall, Intel’s long-term investments are paying off.”

Advanced Micro Devices is expected to challenge Intel next year with the launch of its second-generation Epyc server chips in 2019. Intel will challenge AMD with its own Xeon server refresh chips , dubbed Cascade Lake and Cooper Lake, for next year.

Intel removed CEO Brian Krzanich earlier this year after it was found he had engaged in a consensual sexual relationship with an employee in violation of company policies. Intel is still looking for a permanent successor to Krzanich.

Swan said that earlier this year Intel was caught off guard by explosive growth across a number of its markets and had to constrain customer growth because it didn’t have enough chips to go around. Supply is still constrained for internet of things chips.

Swan said that when it comes to early 2019 PC chip sales, there are both tailwinds and headwinds. Demand for the products and data is continuously growing. Headwinds include the difficulty of topping a great year in 2018, making “comps a little tougher,” Swan said. He also said “growing competition” will be a challenge.

“We are doing a lot of work with our supply chain to adapt to any tariffs coming down the pike, as a result of the global trade war, Swan added.