Coincidence? I think not!

Let’s start with Android Nearby Notifications, which Google for some reason renamed (it was simply Nearby when first announced in June 2016). The feature notifies you of apps and websites based on your location, as determined by beacons.

Google’s new feature, meanwhile, lets you follow the more than 150 million places on Google Maps, and then some — even places that are opening soon have the option to create a business profile that can appear up to 3 months in advance of opening. 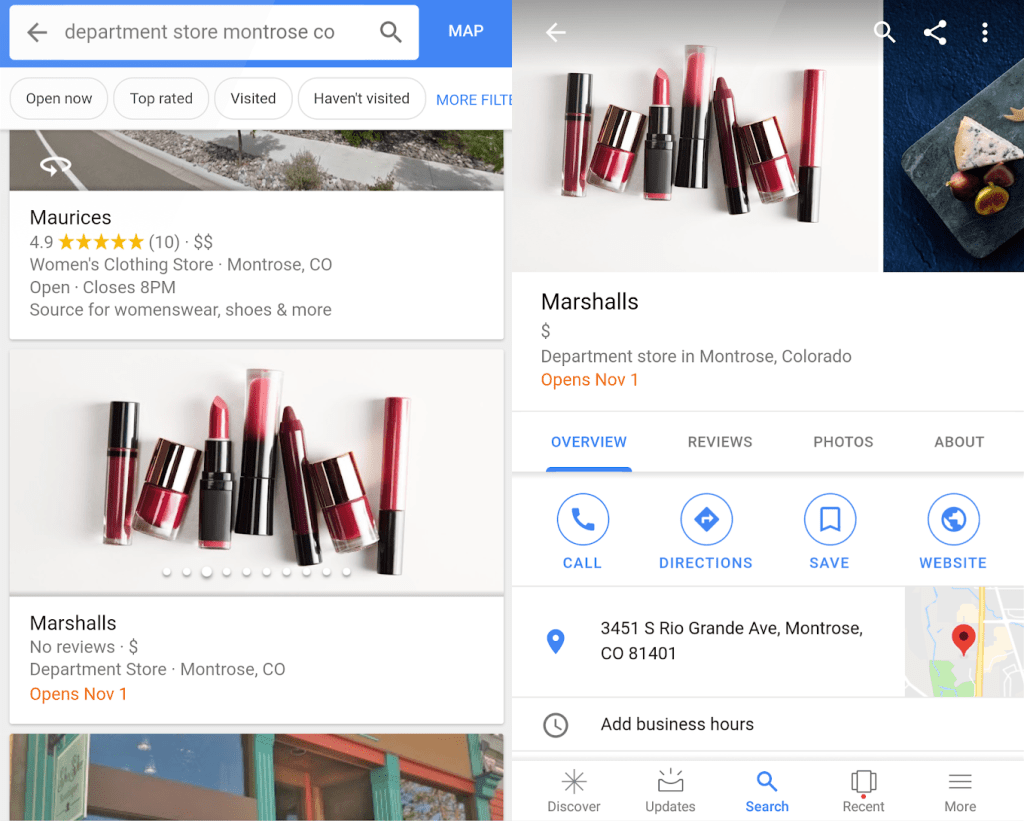 The feature is rolling out over the next few weeks:

Once you’ve followed places, news from them — like events, offers and other updates — will appear in the For you tab (where available, with more countries coming soon!). And for those of you who want to be in the know about all the new places opening around town, you’ll start seeing profiles for places before they even open on Google Maps for Android and mobile search — just look for the opening date in orange.

The ability to follow on Google Maps for Android can largely replace Android Nearby Notifications. It’s not a one-to-one replacement, of course. Nearby was more robust in that it could tell you to download apps, and it worked based on proximity. But I would argue that this is what makes the Google Maps implementation superior: An app is almost always overkill, and often people want information before they’re close by.

If all you care about is notifying people about things that might be relevant to them, or you’re on the other end and simply want potentially relevant updates from businesses you care about, this gets the job done. In many ways, it’s better, largely because it’s opt-in (something Google insists on learning the hard way).

Nearby was kinda opt-in given that you first had to turn the feature on. But after that, all bets were off. You couldn’t control who or what could send you notifications. Hence the spam problem.

Google Maps sends plenty of notifications as it is, but they can be toggled on or off. And this follow feature works as you’d expect: Only the businesses you follow can keep you notified. No spam problem.

There’s no guarantee Google Maps users will use this feature, but at least they can curate the experience they want. Best of all, this isn’t something that requires building out beacons. It’s just software.

Imagine if instead of launching Google+ in June 2011, Google had just built out this Maps feature.