If you’re a fan of Apple’s MacBook Air, which first arrived in January 2008 as “the world’s thinnest laptop,” you’ll be happy to learn that the line is continuing with a new model: the MacBook Air with Retina display. Apple announced the machine today at its “More in the Making” event in Brooklyn, New York, though the new entrant has been the subject of numerous rumors over the past year.

The newest MacBook Air will occupy its own niche in Apple’s laptop lineup — unlike the 12-inch MacBook, it includes hardware that’s close to a 13-inch MacBook Pro, but it’s also thinner, lighter, and less expensive than the Pro. For the first time in Air history, the new model features a 13.3-inch Retina display, notably with dramatically smaller bezels than its predecessor. It preserves what Apple is now calling the “iconic wedge” side profile of the Air, which bulges at the back, then narrows sharply at the front.

Although it comes in silver, space gray, and a pink-tinted gold, Apple says the new machine is made from 100 percent recycled aluminum — a first for the company. It is also smaller than before, occupying 17 percent less volume than the prior model, with a 15.6mm thickness, and it weighs 2.75 pounds — a quarter pound lighter than the prior Air. The display has 4 million pixels and promises 48 percent better color than the previously terrible Air screen. 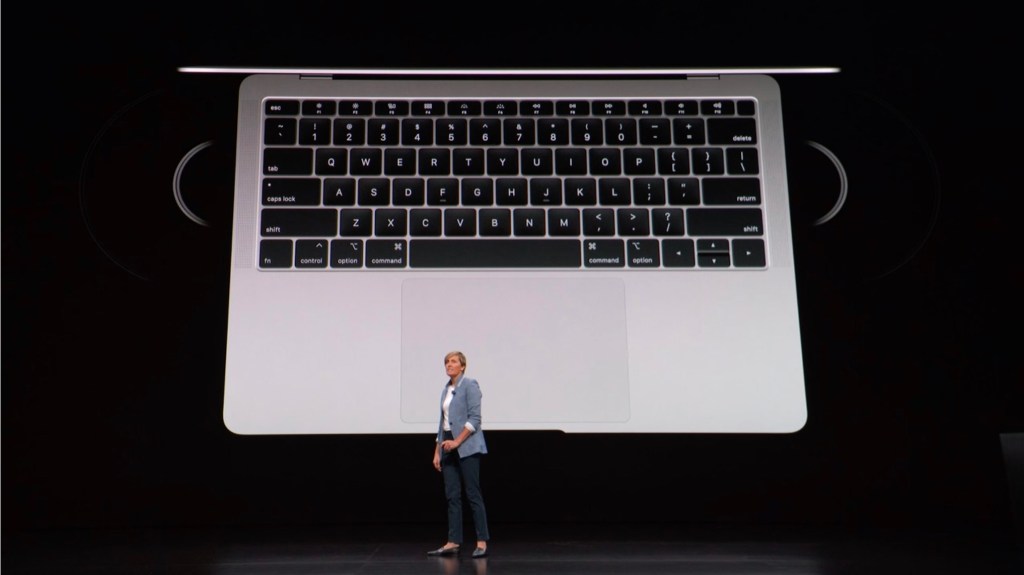 Apple also includes a Touch ID fingerprint scanner, a feature previously Mac-exclusive to the MacBook Pro, albeit without the Pro’s OS- and app-customizable OLED Touch Bar. Like the Pro, the Air now uses Apple’s T2 security chip for authentication and a secure boot process. A third-generation butterfly keyboard is included — likely highly similar to the one that debuted in the MacBook Pro earlier this year — with a physical collection of function keys.

One slenderizing change that may prove controversial is that it’s shifting from full-sized USB ports over to USB-C — there are two Thunderbolt 3-capable USB-C ports on one side of the machine, and a 3.5mm headphone port on the other. The MacBook Air had been Apple’s last remaining notebook with full-sized USB 3.0 ports, in spite of the company’s gradual move to the smaller, reversible connectors. Those ports and the Air’s $999 starting price led some educational institutions and other users of legacy accessories to continue recommending the laptop, despite its decrepit screen. 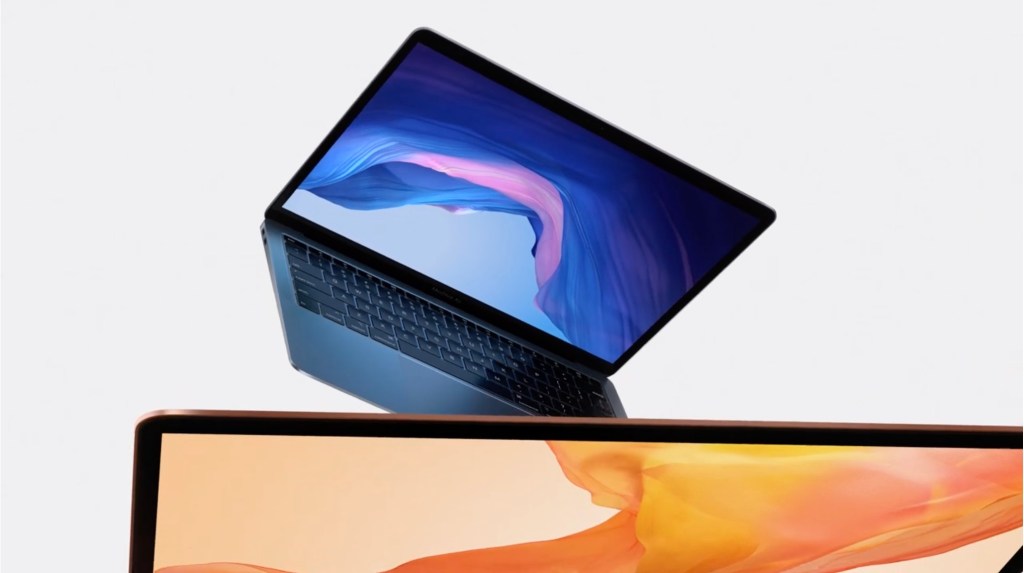 The new MacBook Air uses an eighth-generation Core i5 as its base CPU and can be purchased in 8GB or 16GB configurations, each with an advertised 12-13 hours of battery life. Users can choose up to 1.5TB SSDs. On the audio side, Apple is promising a 25 percent improvement in sound volume, twice the bass of the prior model, and three microphones for Group FaceTime.

Until now, the least expensive MacBook Pro with Touch ID cost $1,799. But the MacBook Air now starts at $1,199 for an 8GB RAM, 128GB SSD, 1.6GHz Core i5 machine — an increase of $200 from its prior $999 starting point, albeit with a lot more under the hood, minus the base model’s anemic storage. It can be ordered today and will be available on November 7.

Apple also said it’s updating the MacBook Pro to optionally include new Radeon Pro Vega 16 and 20 graphic cards for the first time. Exclusive to the 15-inch MacBook Pro model, the new cards promise up to 60 percent faster performance for video editing, 3D design, and workload rendering, and will each include 4GB of HBM2 high bandwidth memory. They will become available in late November; pricing is not yet available.