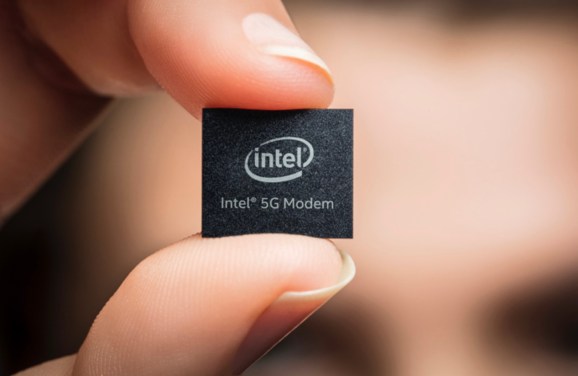 As rivals began to firm up their plans for 5G phones back in February, it was clear Apple would have to choose from four challenging roads to launch its first 5G iPhone. On the heels of yesterday’s market-roiling announcement that Apple will stop disclosing iPhone unit sales, a new report from Fast Company suggests why: The company has apparently decided to sit out the first year of 5G smartphones, as its chip partner Intel won’t have a viable modem ready until at least 2020.

Intel’s struggles with 5G modem development have become increasingly clear over the last year, as the company’s XMM8060 has only been announced as a component for devices larger than phones — such as a line of 5G computers expected in the latter part of 2019. The chipmaker is reportedly working on a more power-efficient 10-nanometer option, the XMM8161, which Apple will use to prototype and test the 5G iPhone.

While Intel isn’t the only 5G modem developer struggling with thermal issues and excessive power consumption, the report claims that Apple is likely dissatisfied with the XMM8060’s heat dissipation, which would be enough to make a phone feel hot to the touch. But Apple has apparently decided to give Intel a year and a half to resolve its issues.

In July, Intel obliquely disputed a report that Apple had dropped plans to use an Intel modem in a 5G iPhone. Around the same time, Apple was said to be in talks with a smaller modem maker, MediaTek, as a “plan B” in case Intel can’t get a small, cool chip to market in time for 2020.

Apple’s quandary is entirely traceable to its poorly timed dispute with Qualcomm, a 5G modem maker that has been working with around 20 companies on next-generation smartphones. Due to an escalating royalty and trade secret battle, Apple and Qualcomm have become embroiled in ugly lawsuits and related proceedings that Qualcomm has repeatedly offered to settle. Because of their legal troubles, Apple cut Qualcomm out of its 2018 iPhones and seemingly won’t use the company’s parts to accelerate its 5G iPhone efforts.

Meanwhile, early 5G smartphones from numerous other companies will be hitting the market over the next year, starting in early 2019. Motorola, Xiaomi, Huawei, and Samsung have all announced plans to be early to the 5G phone business. By then, two or three 5G networks will be available in various parts of the United States, joining early networks in limited cities elsewhere in the world. It remains to be seen whether Apple’s currently flat iPhone sales will be eroded by Qualcomm-backed 5G smartphone makers, but Apple’s decision to stop disclosing iPhone unit sales may strategically obscure the impact of its decision.