IBM Research scientists have developed a new technique to control the magnetism of a single copper atom, paving the way to allowing an individual atomic nucleus to store and process information.

Christopher Lutz and Kai Yang, scientists at the IBM Almaden Research Center in San Jose, California, said in a blog post they figured out how to contact the heart of a copper atom. This breakthrough in sensing and controlling the magnetism of a single nucleus may one day lead to the development of extremely small magnetic memory devices.

In a paper published today in the journal Nature Nanotechnology, the team demonstrated that it can control the magnetism of a single atom’s nucleus by performing Nuclear Magnetic Resonance (NMR), one atom at a time.

IBM said this magnetic control may lead to future storage of information on a single atom’s nucleus, turning the nucleus itself into a four-state device. By comparison, next-generation magnetic memory such as magnetic random access memory (MRAM) requires about 100,000 atoms to hold one bit, on a two-state or binary device.

NMR is the process that underlies magnetic resonance imaging, or MRI, the technique that non-invasively reveals intricately detailed images of the body. NMR is also a critical tool used to determine the structures of molecules. 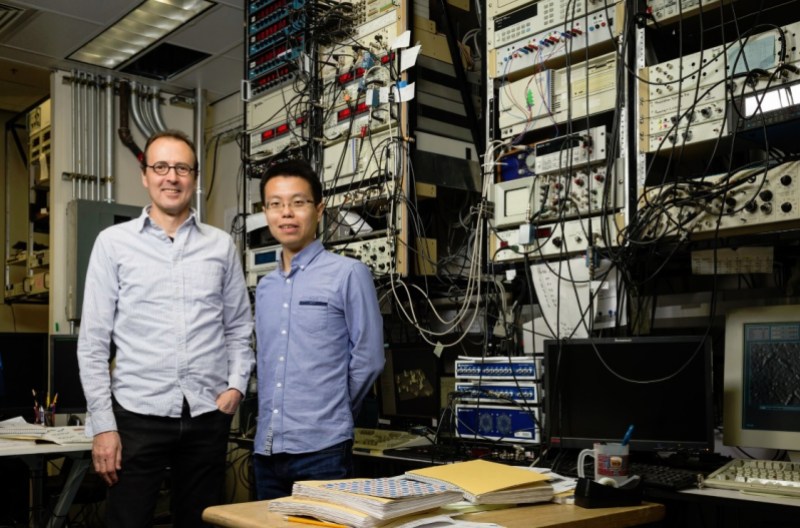 This is the first time NMR has been achieved using a Scanning Tunneling Microscope (STM), the Nobel Prize-winning IBM invention that allows atoms to be viewed and moved individually.

The STM can image and position each atom to study how the NMR changes and responds to the local environment. By scanning the ultra-sharp tip of the STM’s metal needle across the surface, the STM can sense the shape of single atoms and can pull or carry atoms into desired arrangements.

Performing NMR on a single atom requires two major steps. First, the researchers polarized (oriented in a well-defined direction) the magnetic direction of the nucleus. Then they manipulated the magnetism of the nucleus by applying radio waves emanating from the tip of a sharp metal needle.

The radio waves are tuned precisely to the natural frequency of the nucleus. The copper atom is abundant and widely used in our everyday life, from electric wiring in houses to hooking up individual circuits in microchips. 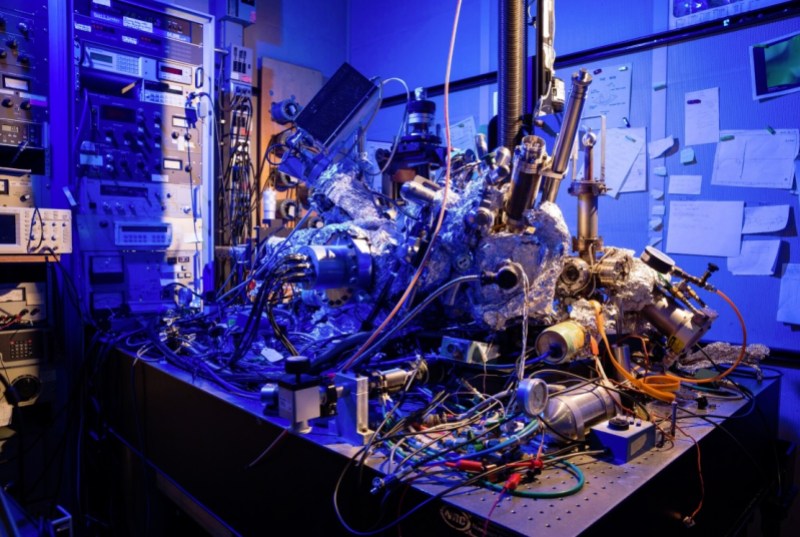 The usefulness of metal copper originates from its outstanding ability to conduct electricity. The magnetic properties of copper are much less well known — we never see a piece of copper attracted by a magnet. But copper’s magnetism comes to life when individual copper atoms are not surrounded by other copper atoms, IBM said.

When you shrink technology down to the most fundamental extreme — the atomic scale — a single copper atom can become magnetic, depending on how it interacts with the neighboring atoms that hold the copper.

In IBM’s experiment, the scientists made the copper atom magnetic by attaching it to a carefully chosen surface composed of magnesium oxide. This magnetism comes from the electrons in the copper atom. These electrons circulate around the nucleus — the “heart” of the atom — which is also magnetic.

When you put two fridge magnets together, they either attract or repel. Similar laws of physics hold for the electron magnet and the nuclear magnet, and the magnetic force between the two tends to align them so they point in the same direction.

The weak magnetic signal of the nucleus makes it challenging to detect and control. The nuclear magnet is so tiny that its orientation fluctuates randomly due to heat, even when cooled to extremely low temperature, as in the recent experiments. This makes it difficult to control the magnetic direction of the nucleus, called its “spin,” in order to use it to process information and sense other magnets.

In MRI imaging, a very large magnetic field is used to align the nuclei in your body’s atoms to point in one direction. But heat disrupts this alignment so the nuclei point nearly in random directions, with only a slight tendency to follow the field.

As a result, many trillions of atoms are required in MRI to produce a measurable signal. To control a single atom’s nucleus, it must be aligned much more predictably, which is a major challenge. Then each atom must be sensed individually to detect an NMR signal.

To overcome these challenges, IBM used the electron orbiting the nucleus as a messenger, as well as a manager. The electron inside the copper atom “talks” with the nucleus through the hyperfine interaction in order to nudge the nucleus to point in the desired direction, and then senses the resulting direction.