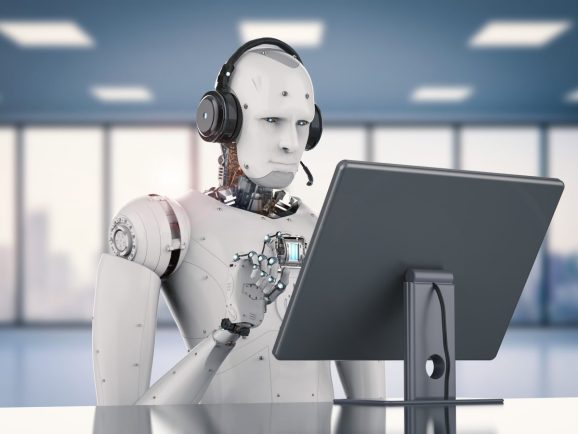 Robotic process automation (RPA) and artificial intelligence (AI) will create digital workers — software that automates tasks traditionally performed by humans — for more than 40 percent of companies next year, and a full one-tenth of future startups will employ more digital workers than human ones. Moreover, in 2019 roughly 10 percent of U.S. jobs will be eliminated by automation, which will also be responsible for creating the equivalent of 3 percent of today’s jobs.

Those are three key findings from a pair of surveys published today by Forrester Research (“Predictions 2019: Automation” and “Predictions 2019: Artificial Intelligence”), which together examine the far-reaching impact AI, business process management, and RPA will have on enterprises in the months to come. The firm predicts that, on the whole, the effects will be largely positive but cautions that the march toward adoption won’t be without the occasional bump in the road.

The competition for AI talent will remain fierce — according to Forrester’s research, two-thirds of executives struggle to find and acquire AI talent. That aligns with a recent survey conducted by Deloitte, which found that enthusiasm for AI and automation — plus a strong desire among executives to “catch up with their rivals” — is contributing to an annual global growth rate in AI-as-a-service solutions of 48.2 percent. Deloitte pegs the cognitive technologies market at $19.1 billion globally.

But somewhat paradoxically, AI might turn out to be the solution to the hiring problem it has created. The research firm forecasts that in 2019, AI-driven recruitment will become widespread, leading to unprecedented job match success rates.

Be that as it may, challenges will abound. A top concern of enterprises using AI is quality data; another is explainability. Forrester reports that the former will drive investment in information architecture and that the latter — pushed to the fore by the European Union’s General Data Protection Regulation (GDPR), which dictates that subjects of automated decision-making have a right to “obtain an explanation of the decision reached” — will spur businesses to invest in transparency.

“The tables will turn from AI to IA in the majority of firms that have already dabbled in some form of AI, as [enterprises] quickly realize that their irrational exuberance for AI adoption must be equally met with solid efforts on an AI-worthy data environment,” the authors of the surveys write. “Forrester already sees signs of growing demand for explainable AI, as evidenced by DARPA’s investment in XAI and the introduction of explainable AI services and features from vendors like Equifax, IBM, Pegasystems, and simMachines.”

For all of AI’s potential, though, a full 10 percent of companies will “bring human expertise back into the loop,” according to Forrester — the fallout from their realizations of AI’s limitations.

“Enterprise AI is still in its formative stages. Pure AI is still at least 100 years away from sending all of humanity on a permanent vacation,” the authors write. “What is real, however, is pragmatic AI. Enterprises can — and do — use pragmatic AI to augment human intelligence, automate decisions and processes, and personalize customer and employee experiences … ML’s strength is data. Knowledge engineering’s strength is human wisdom. Used together, enterprises can dramatically accelerate the development of AI applications.”

Automation — i.e., RPA, AI, and physical robots — will play a transformative role in enterprise, Forrester predicts. Jobs lost to automation won’t drive up the unemployment rate — instead, they’ll contribute to a “better employee experience” by taking “rote tasks” off of human workers’ plates.

That’s one of the reasons the firm projects “intelligent automation” — a combination of cognitive systems, chatbots, and RPA — will replace one-fifth of service desk interactions, and, in turn, shrink enterprise service management workforces. Startups will follow suit, increasingly creating pools of tasks that can be outsourced to full-time employees, contractors, or bots.

Those findings jibe with previous reports. The World Economic Forum, PricewaterhouseCoopers, and Gartner have predicted that AI could make redundant as many as 75 million jobs by 2025.

Furthermore, the McKinsey Global Institute this year forecasted that the portion of jobs calling for “low digital skills” may fall to 30 percent in 2030 from the current 40 percent, as jobs that require higher skills increase to 50 percent from 40 percent.

The path to automation won’t be easy, Forrester cautions. Change management, unpredictability, control, auditing, security issues, and other complicating factors will rear their ugly heads in rollouts throughout the next year.

But Forrester expects that enterprises will respond by creating “automation centers” to evaluate automation technologies, establish best practices, and help drive technical compatibility. And it contends once again that workers’ experiences will improve as a result of fewer misallocated calls, more “reliable” and “functional” self-service, and “faster” and “better” results.

“The most successful companies in the world today run on software and employ fewer employees than their predecessors,” the authors write. “RPA and AI will play a key role here, and as digital natives, these startups can achieve incredible agility without the legacy infrastructure constraints of other firms.”

Those factors and others will increase the RPA market by 109 percent between 2017 and 2018 to $1.70 billion in revenue in 2019, Forrester predicts. That’s in line with McKinsey, which estimates that resulting labor market shifts will boost gross domestic product 1.2 percent over the next 10 years and help capture an additional 20-25 percent in net economic benefits (equating to $13 trillion globally) in the next 12 years.

“[A]utomation will become the tip of the digital transformation spear, impacting everything from infrastructure to customers to business models,” Forrester’s analysts write. “Automation is the next stage of digital transformation: Savvy technologists are leveraging the scale and speed of automation to drive new levels of customer value, like deeper personalization of products and services, faster time-to-customer, higher quality and dependability, and greater levels of security.”