At a loss for words — or GIFs? Not to worry: Google has your back. The search giant today announced that starting this week on Android, Gboard, its cross-platform virtual keyboard app, will tap artificial intelligence (AI) to recommend GIFs, emojis, and stickers relevant to conversations at hand.

It’s rolling out today to English language users, with support for other languages to come.

“With thousands of emoji and stickers and an endless number of GIFs, it can sometimes take a while to find the perfect way to say ‘I love you,’ ‘hooray,’ or anything else you’re trying to communicate,” Angana Ghosh, product lead for Gboard, wrote in a blog post. “This [feature] makes it faster and easier to share your #feelings and your glowing personality with whoever you’re chatting with … You’ll see a selection of GIFs, emoji and stickers that Gboard thinks you might want to share.”

To get started, tap on the GIF icon in the top-left corner of Gboard — that’s where you’ll see the AI-informed sticker and GIF suggestions. Google said all processing is performed offline and on-device, and that any and all collected data remains “private to you.”

GIF recommendations aren’t the only AI-infused component of Google’s software keyboard. Back in June 2017, Google rolled out a feature that uses machine learning to match doodles with emoji, and it overhauled the AI models Gboard uses to improve typing predictions and reduce errors. More recently, in August, it launched an AI-powered tool that uses the likeness of a person to generate a sticker pack. 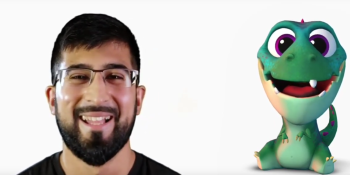 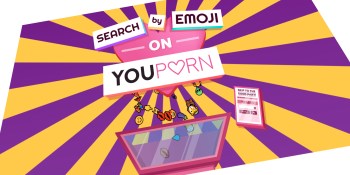 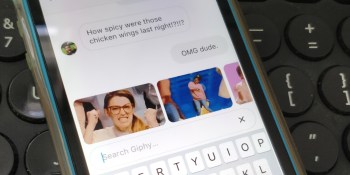 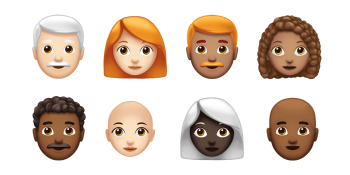