Bain Capital Ventures announced today that it has raised $1 billion in investment capital to target startups from the earliest to growth stages.

That figure includes a $650 million core fund, a $250 million co-investment fund for larger growth investments, and another $100 million from Bain partners. That will give Bain $4.9 billion in assets under management as the bi-coastal VC firm seeks to build on recent momentum.

“Technologies like AI, cloud and autonomy are redefining entire industries and disrupting traditional business models,” said Ajay Agarwal, managing director at Bain Capital Ventures, in a statement. “The opportunity for massive value creation is unsurpassed in the history of technology startups. We’re excited to help the next generation of founders build the iconic companies of tomorrow.”

Bain’s wins in recent years include exits for startups such as Blue Coat (acquired by Symantec), DocuSign (IPO), and Jet.com (bought by Walmart). 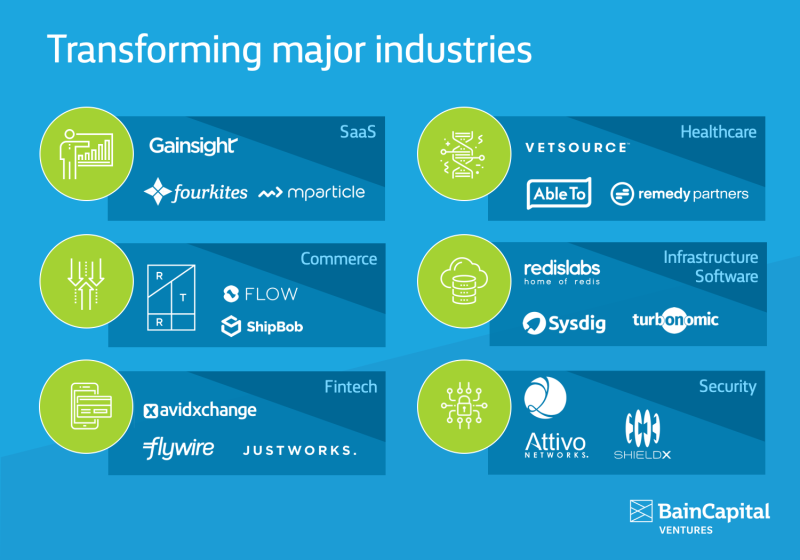 The new funds will continues its focus in six areas: SaaS, infrastructure software, security, commerce, fintech, and health care. The firm has traditionally invested more than half its money into early-stage companies, but is rapidly growing its late-stage funding as well.