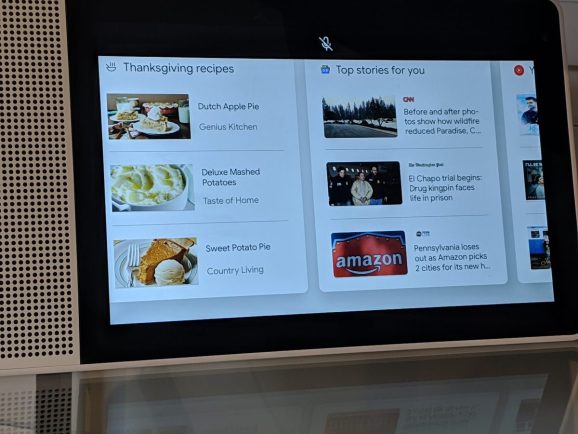 Google today introduced a series of upgrades, including Google Assistant routines for the Clock app on Android smartphones. With this one, as soon as you turn your alarm off in the morning, your custom routines can begin to play the news, turn on the lights, and make your morning coffee.

You can set routines that carry out multiple tasks with a single utterance or action using the Google Home app. To account for the ways people actually use their smartphone alarm clocks, Google Assistant Routines product manager Andrew Goodman told VentureBeat, routines don’t start until you turn off your alarm. If you set it to snooze, any routines will be delayed.

Replies to Broadcast messages allow you to receive Broadcast alerts via the Assistant app. Responses can be sent using text or just by speaking to Google Assistant.

Twenty-five new tiles have also been added for Read Along, a feature that plays sound effects and music on Home speakers when reading a kids book. New titles include PAW Patrol’s The Pups Save the Bunnies, Dora the Explorer’s Dora’s Super Sleepover, and Ara The Star Engineer, a book made by Google engineer Komal Singh to encourage girls to enter the STEM field.

For JBL Link View, Google Home Hub, and other smart displays, you can now save recipes to your favorites when going through the glossary of Food Network and Allrecipes options shared on the screen. So after saying “Show me turkey recipes,”  for example, you can tap the “Save to my Cookbook” button to save a recipe.

Recipes are then saved in the collections section of the Google search app and can also be found by saying “Show my favorite recipes.”

Recipe recommendations that pay attention to the time of day and holiday season, as well as news videos from providers like CNN curated by the Google News team, have also been introduced for smart displays.

Google is introducing a flurry of new features ahead of Black Friday shopping and annual holiday season competition with Amazon’s Echo speakers, Facebook’s Portal devices, Apple’s HomePod, and many other similar devices. The holiday season is traditionally the biggest time of year for smart speaker sales.