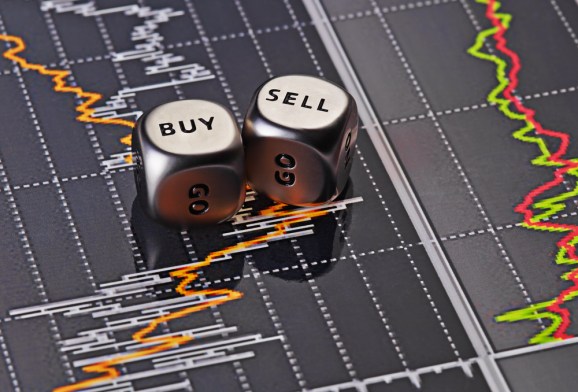 Within one brutal hour yesterday, Bitcoin’s price plummeted by around $800. The coin is trading under $5,800 for the first time since its October 2017 boom, and cryptocurrency investors are hurting on a global scale. East Coast investors found they’d lost their appetite for lunch; West Coast investors, three hours behind, wished they’d stayed in bed. And while asset diversification remains the best investment strategy, even investors with diverse crypto portfolios have not escaped unscathed. For better or for worse, the crypto market as a whole tends to follow Bitcoin’s lead, especially when Bitcoin slides. And so, Ethereum has gone down by 15 percent, while XRP and BTC have diminished by 13 percent and 12 percent respectively. Even shiba inu-themed Dogecoin is down, proving that canine cuteness is no hedge against market fluctuation.

Some of the FUD (fear, uncertainty, and doubt) in the cryptocurrency community today stems from the impending Bitcoin Cash hard fork, which happens at 8:40 am Pacific time. A change in the governing protocol of Bitcoin Cash means holders of that cryptocurrency will, after the fork, own shares in two separate iterations of coin. The industry has endured splits before — Bitcoin Cash is itself the result of a contested hard fork — and has come back stronger. Bitcoin reached its highest valuation ever less than six months after the Bitcoin Cash hard fork. Still, we can hardly expect investors to remain unrattled in the face of the consternation and upheaval that a hard fork inspires.

Although the fork is the most obvious cause of this week’s drastic drop in cryptocurrency values, few analysts believe it can explain every percentage dropped or every cent lost. Nearly 15 percent of the market was lost yesterday — the total market cap shed $30 billion, from $210 billion down to $180 billion. Bad news begets worse news. As Mati Greenspan, Senior Market Analyst at eToro explains, “The drop may have triggered some automatic liquidation from risk-wary investors, with stop loss orders automatically going into effect and/or people trying to play the breakout.” Cryptocurrency is famously volatile from day to day, yet it’s drawn a large number of short-term speculators unable or unwilling to keep their assets in crypto for long-term growth. It’s possible that yesterday’s shake-up will, paradoxically, strengthen the market for the days ahead. Metal Founder Marshall Hayner is blunt, “To put it plainly, today’s dip is likely indicative of the fact that the most recent round of crypto speculators are capitulating.”

Predicting the traditional markets is hard enough. Analysts have been doing it for over a century and still encounter both wild and feral bulls. The crypto market presents an even greater challenge for a few reasons. First, crypto, for all the maturity it has developed in the past decade, remains a young asset. Second, and perhaps more importantly, blockchain-powered assets are not subject to traditional economic controls or specific investor protections and are not tied to central banks or governments. Price is the main metric of performance — it’s the easiest to chart and the simplest to understand, yet it only represents a portion of a given coin’s true value. The old guard knows that value and price have never been synonymous, but finding, synthesizing, and presenting this data has long been a challenge.

This much-needed tool will help provide answers about specific tokens and firms, but this young industry still lacks an overall market health index, or at least comprehensive data comparable to how the property market, equities market, and commodities markets are measured. It’s far easier to predict swings in the more traditional markets, and while cryptocurrency has a historical record of peaks and troughs, coupled with fancy graphs, extrapolated data sets and “best-guess”’ analyst predictions, it’s not quite enough for retail and institutional investors to take massive gambles. More nuanced and holistic rubrics are vital for the maturation of the industry. Perhaps speculators would be slower to dump assets if only they could see the full picture at a single glance.