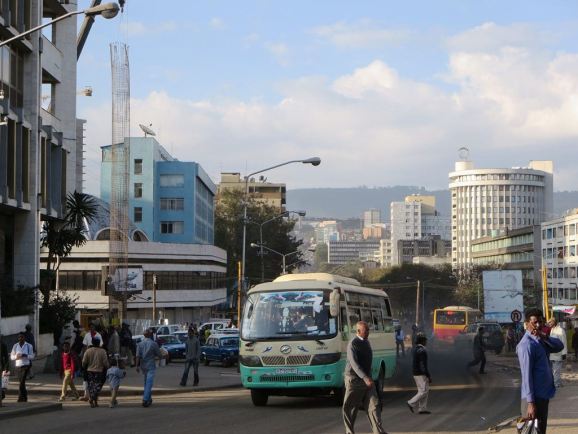 The International Conference on Learning Representations (ICLR), a major gathering of the community of researchers contributing to the advancement of the field, will be held in Africa in 2020. The conference, which focuses on things like unsupervised and supervised representation learning, will be one of the first major AI conferences to be held on the African continent.

Yoshua Bengio revealed the decision on Saturday in an MIT Tech Review interview. A University of Montreal researcher and cofounder of Element AI, Bengio is frequently referred to as the father of deep learning and sits on the ICLR board of directors. The news follows weeks of challenges for Black in AI, an organization of more than 1,000 people around the world.

“We could make it easier for people from developing countries to come here. It is a big problem right now. In Europe or the U.S. or Canada it is very difficult for an African researcher to get a visa,” Bengio said in the interview. “It’s a lottery, and very often they will use any excuse to refuse access. This is totally unfair. It is already hard for them to do research with little resources, but in addition if they can’t have access to the community, I think that’s really unfair. As a way to counter some of that, we are going to have the ICLR conference [a major AI conference] in 2020 in Africa.”

Google AI chief Jeff Dean, who spent part of his childhood growing up in Tanzania, joined the protest in a tweet Friday to Canadian prime minister Justin Trudeau.

Hey, @JustinTrudeau: it seems pretty unlikely that a graduate student in machine learning studying in the U.S. (likely a member of @black_in_ai) won't go back to the U.S. after attending @NipsConference for a week in Montreal in December. Anything you can do here? https://t.co/RQRf3v8Bhp

While Bengio said the event will be held in Africa, Dean, Gebru, and Google Brain resident Sara Hooker specified that the conference will take place in Addis Ababa, the capital of Ethiopia.

Throughout much of the year, Black in AI is an organization that exists primarily online as a forum, Facebook group, and Twitter account that promotes opportunities and accomplishments of people of African descent in AI.

However, in recent weeks, as the group prepares to hold its largest gathering of the year at NeurIPS (formerly NIPS) in Montreal to discuss their latest work, members of the organizing committee say Canadian immigration officials have been tougher on applications from speakers and workshop attendees than last year, despite the fact that the conference was held in Long Beach, California in 2017 and African countries are included in the U.S. State Department’s travel ban.

Some applicants have allegedly been told to travel to another country to apply, while others have been told they possess fraudulent recommendation letters or immigration officials did not believe they would return to their country of origin after the event.

Denials are being issued, organizers said, both for workshop participants currently living in African nations as well as people of African descent living in places like the United Kingdom.

Participants in the workshop receive full travel grants, hotel bookings, flights covered, and in some cases letters of support from mentors or advisors, workshop co-organizer Rediet Abebe told VentureBeat in an email.

“Last year ~3 were denied out of ~60. This year our rates are almost half! The process is much longer. It’s Africans living everywhere that are getting denied,” Gebru said in a tweet.

VentureBeat has reached out to the Canadian Immigration, Refugees, and Citizenship office for comment. This story will be updated if we hear back.

Interest in artificial intelligence is growing fast in Africa, the youngest continent. Though few major conferences are held there, Fast.ai course instructor Jeremy Howard recently said Lagos, Nigeria was the second biggest city for attendees of his company’s popular machine learning course that has been taken by hundreds of thousands of people around the world.