This year, we have seen an acceleration of Silicon Valley tech giants opening AI research labs around the world as they seek to gain traction among researchers and fulfill their global ambitions.

In the past six months or so, Google brought labs to China and France, Facebook opened labs in Pittsburgh and Seattle, and Microsoft announced plans to open labs near universities in Berkeley, California and Melbourne, Australia.

This trend shows no signs of slowing down. Last month, Samsung announced labs in Cambridge, Moscow, and Toronto. This week, Nvidia announced plans to open a new lab in Toronto, while Google shared plans to open a lab in Accra, Ghana, Google’s first in Africa and perhaps the first of any tech giant in Africa.

Like other research centers around the world, the Accra AI lab will look for ways to produce state-of-the-art models and will partner with regional institutions like the African Institute of Mathematical Sciences (AIMS).

The lab will focus on medical diagnosis and treatment, fairness in machine learning, and interpretability and understanding of machine learning models, a Google spokesperson told VentureBeat in an email.

Dr. Moustapha Cisse will act as lead of the Accra research lab. A research scientist who previously worked at Facebook AI Research and recently joined Google AI, Cisse is also an AIMS professor and founder of the organization Black in AI.

While things are just getting started, I hope that — much as the French AI center will place an emphasis on art — the work carried out at the latest Google AI lab will take advantage of unique attributes that can be found in Ghana and other parts of Africa.

Some that come to mind: Africa is the second largest continent in the world by land mass, and a lot of people live in rural areas, so AI solutions like remote medical imaging or drone services could be worth pursuing.

Africa is also by far the youngest continent on the planet, so research that affects the lives of young people, such as applications in education or personal finance, may also be fitting.

More than half the world’s population growth will be in Africa by 2050, according to estimates from the United Nations.

Particularly as AI expands to parts of society beyond tech, much is being said about the need to democratize AI, to include a diverse range of viewpoints, and to consider how AI will shape the future and change humanity forever. If AI is the future, then perhaps no region has more of a right to have a voice in that future than Africa.

The opening of the lab in Ghana is a reminder that as AI labs proliferate around the world, they may produce state-of-the-art AI research that advances common industry goals, but they can also carry out research that harnesses the unique characteristics and challenges that can be found in different regions all over the globe.

Please enjoy this video of Carbon Robotics CEO Rosanna Myers explaining why the effect of robotics could be similar to how the harvester changed farming and society. 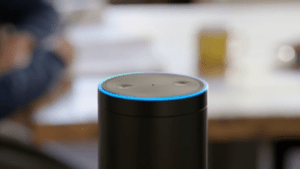 U.S. senators Jeff Flake (R-AZ) and Chris Coons (D-DE) have sent a letter to Amazon demanding answers regarding an incident last month when a woman in Portland, Oregon who declined to share her full name told CBS News affiliate Kiro-TV that a recording of a conversation she had was sent to a person in her […] 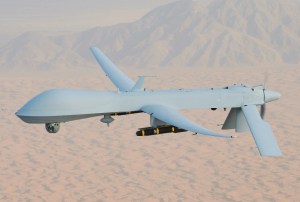 Computer vision company Clarifai is being accused of being hacked last year by one or more people in Russia while participating in the Department of Defense’s Project Maven, then failing to report the breach to the Pentagon. Former Clarifai employee and Air Force captain Amy Liu filed a lawsuit earlier this month in which she […] 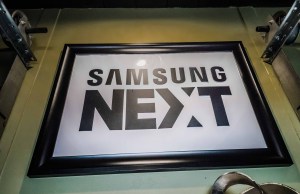 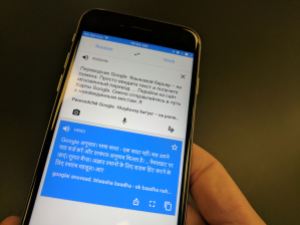 Google’s online translations have been powered by neural machine translation (NMT) since 2016, and today the company is rolling out its neural net-driven approach to more accurate, natural-sounding translations for Google Translate iOS and Android app users to carry out translations offline in 59 languages. Offline NMT was made by the Translate team in conjunction […] 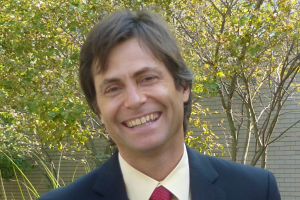 Physicist Max Tegmark on the promise and pitfalls of artificial intelligence

Max Tegmark, a cosmologist, professor at MIT, and foremost thinker in artificial intelligence, spoke with VentureBeat about the implications of superintelligence AI. 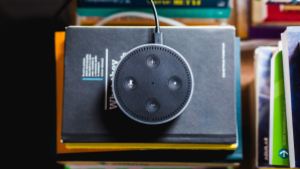 Amazon’s Alexa has introduced a series of new features in recent months with the potential to vastly change how small businesses reach their customers, including in-skill payments and skills recommendations.

Google and Wikipedia are making an AI-powered internet beef detector

By looking at how a conversation begins on Wikipedia, neural networks are learning to predict how they will end. (via Motherboard)

Artificial intelligence (AI) is best known for its ability to see (as in driverless cars) and listen (as in Alexa and other home assistants). From now on, it may also smell. (via The Conversation)

A group of researchers used AI and machine learning to predict that Spain and Germany are the most likely winners of the 2018 World Cup in Russia. (via Motherboard)

A U.S. radio journalist who lost his voice two years ago will soon return to the air, thanks to artificial intelligence. (via BBC)