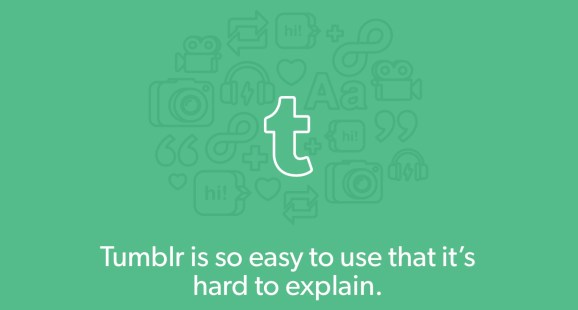 Mirroring a situation earlier this year with Telegram’s app for iOS devices, the official Tumblr app unexpectedly disappeared from Apple’s App Store — a development the service now explains is due to child pornography sharing by some of its users.

Owned by Verizon, Tumblr currently hosts 447 million blogs, and it exists to help people easily create public or private web pages. Like Telegram, it’s largely a conduit for user-submitted content, sharing uploaded text, images, and videos to an audience of over 500 million monthly visitors. It was acquired by Yahoo in 2013, and though it has been treading water since then, it has remained a viable platform for basic blog creation.

Unfortunately, some of Tumblr’s users were using the service to share “media featuring child sexual exploitation and abuse.” The company says it is normally able to prevent publication by scanning every uploaded image against a database of known illicit material and blocking any matches from being published. But a “routine audit” found that Tumblr users were sharing previously unknown pornographic material, and though Tumblr “immediately removed this content,” it ran afoul of Apple’s App Store rules, causing the app to get pulled.

Tumblr says that it has a “zero tolerance policy” for such materials and that it’s working to restore the iOS app to the App Store. As of press time, the official Tumblr app remains unavailable, but multiple third-party Tumblr browsers can still be downloaded. Meanwhile, the official Android version of the app wasn’t pulled from the Google Play Store, and the Tumblr website remains unaffected, apart from the content deletions.

When similar issues impacted Telegram’s iOS app earlier this year, Apple actively pushed the developer to ban users involved in the sharing activity and to install additional controls to prevent a recurrence of the problem. Telegram returned quickly to the App Store, suggesting that Tumblr will likely become available again as soon as it can demonstrate that it has better anti-child pornography safeguards in place.