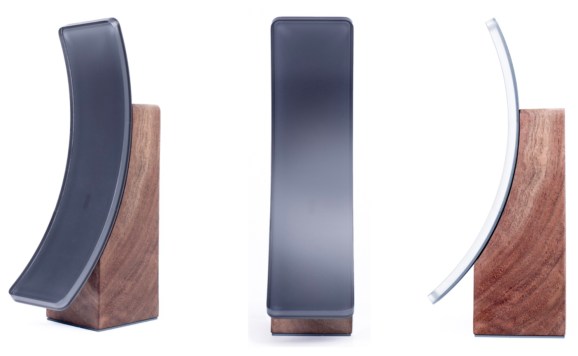 Silk Labs developed Sense, a unique-looking home monitoring camera, but cancelled it months after announcing it.

Most AI processing for mobile devices is currently handled by cloud servers, enabling companies such as Google and Amazon to monitor users’ requests as they come in. But privacy-focused Apple has been working on ways to build AI directly into its devices and has acquired a small company called Silk Labs to aid its efforts, the Information reports.

Silk Labs was perhaps best known for a 2016 crowdfunded home monitoring camera called Sense, but it wound up cancelling the project months later and refunding backers. Its website explains the underlying technology that ultimately attracted Apple: “the most performant on-device deep learning engine on the market.” In short, Silk developed on-device AI software to detect people, faces, objects, and audio — rather than relying on cloud servers to handle all the processing.

Assisted by local AI, a device could trigger specific apps or app features based on who or what was identified in a video stream — perhaps turning on a specific video whenever a dog comes into a room or playing certain songs that individual people were known to enjoy. Critically, Silk’s solution is specific to mobile and embedded chipsets like the ones used in iOS devices. Apple and rivals have recently released mobile chips with significant integrated AI capabilities.

The company said it had created deep learning algorithms that could isolate important visual and sonic details from common video streams and could send only those key elements to the cloud in anonymized form. This distinction could radically reduce both a camera’s bandwidth demands and the quantity of personal information a company such as Apple would need to store or account for. Silk also claimed to have a DNA-level attention to privacy and security implications, which would have lined up with Apple’s public position, as well.

Apple reportedly acquired Silk earlier in 2018, and likely paid a relatively small amount for the roughly dozen-employee company, which had raised around $4 million in funding. We’ve reached out to Apple for comment, and will update this article if we hear back. While there’s no telling whether the acquisition will lead to Apple releasing its own smart video cameras, like Google’s Dropcam-based Nest offerings, the underlying software and research could be used to bolster on-device AI for the company’s existing camera solutions and improve machine learning development tools for other applications.