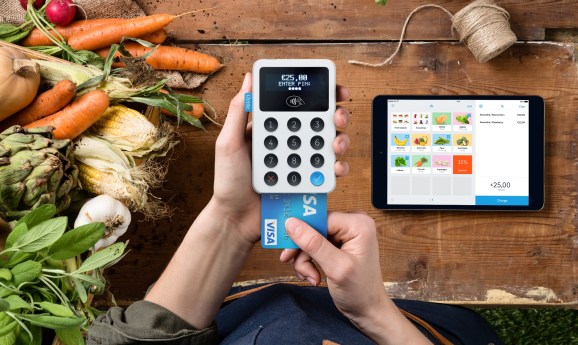 PayPal announced plans to acquire European Square competitor iZettle in a $2.2 billion deal back in May, and the deal was closed on September 20. However, the transaction is far from concluded, as the U.K.’s Competition and Markets Authority (CMA) today declared that the merger “raises competition concerns” and could “lead to higher prices or reduce the range of services for customers.”

By way of a quick recap, PayPal swooped in to buy iZettle just days before it was due to become a public company, in what is PayPal’s biggest acquisition by a wide margin. But just as the deal was being finalized in September, the CMA announced an enforcement order prohibiting either party from advancing the merger any further, followed by a formal merger inquiry shortly after.

This latest development doesn’t necessarily mean that the deal will be scrapped, but both PayPal and iZettle will have to address the CMA’s concerns that the combined business could reduce competition enough to lead to higher prices and less innovation.

“Payment services markets are evolving, so it’s particularly important to look to the future when we assess competition and the effects of mergers on customers,” noted CMA executive director Andrea Gomes da Silva, in a statement. “While iZettle is a relatively recent entrant to payment services, it has already established a market-leading position in mobile point-of-sale devices and was well placed to compete against PayPal in other emerging markets. That’s why we are concerned that PayPal’s takeover could lead to higher prices or reduce the quality of the services available to customers.”

If PayPal and iZettle are unable to address its concerns, the CMA said it will refer the case to a more in-depth secondary stage investigation, which will be conducted “by a group of independent CMA panel members.”

Founded out of Sweden in 2010, iZettle targets smaller businesses with hardware and software that allows them to accept card payments from customers through mobile devices. The company operates in a dozen markets, most of which are in Europe.

“PayPal continues to work cooperatively with the CMA as it conducts its review of the acquisition of iZettle,” a PayPal spokesperson told VentureBeat. “We are now working to address the CMA’s concerns and demonstrate to the CMA that the market will remain competitive, so we can move forward with integrating iZettle into our global platform.”

For PayPal, buying iZettle is all about increasing its payments presence in physical retail outlets across Europe. In its defence, PayPal will almost certainly point to iZettle competitors already operating in the U.K., including Jack Dorsey’s Square, which launched there last year, as well as VC-backed SumUp.