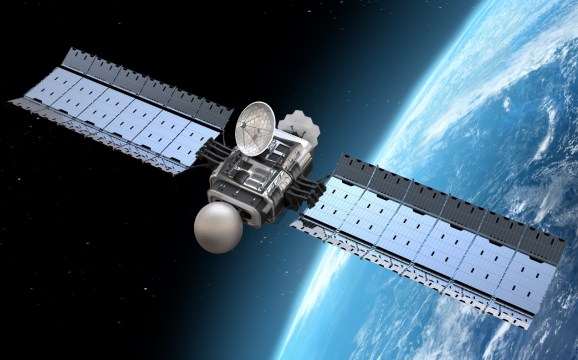 To power the service, ground stations and antennas with the power to send and receive data will be placed at or near AWS datacenters around the world, AWS CEO Andy Jassy said. A handful of ground station-as-a-service locations are available today, and 10 more are in the works for early 2019, he said.

Data drawn from satellites will be stored in an Amazon virtual private cloud. Early partners include satellite imagery provider DigitalGlobe.

Satellite imagery is used for a vast variety of applications, ranging from survey of land of ahead of business deals to wildlife conservation to natural disaster response. Satellite imagery will be increasingly important for emerging tech like autonomous vehicles and AI systems that can do things like quickly detect wildfires.

Also announced today: Verge, a small Lockheed Martin antenna, used in a network to capture multiple streams of data in order to replace traditionally used parabolic antennas for sending data to or from satellites. AWS is then used to reconstruct signals Verge antennas receive in the cloud.

The small antennas were made with the goal of improving satellite-ground communications, getting data from the growing number of small satellites in orbit, and reducing costs, said Lockheed Martin VP Rick Ambrose.

“Imagine taking that same concept of small sets with small ground terminals, coupled with large parabolic, and the power we can have to help enable and bring the price points down for many, many customers and upstart companies is huge,” he said.

The launch of Ground Station in preview and the Verge antenna network follows other news announced today at the conference, including the introduction of containers for AWS Marketplace that run on Amazon ECS and Amazon EKS, as well as the AWS Private Marketplace for IT admins to create a place for services from third-party vendors.