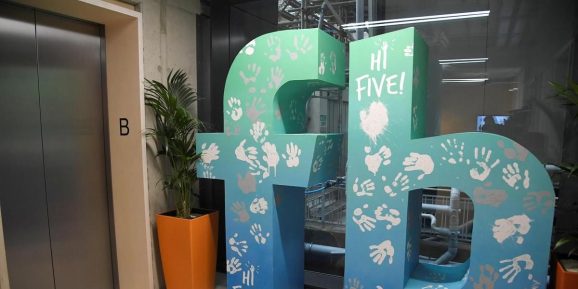 A giant logo is seen at Facebook's headquarters in London.

Facebook, like pretty much every other Silicon Valley company, still struggles to hire, retain, and include diverse employees — earlier this year, the company said that black employees made up just 1 percent of technical roles and 2 percent of leadership roles. Now, a former employee is going public about the failures he saw at Facebook to adequately serve its black employees, as well as failures to support its black users.

Mark Luckie, a former strategic partner manager for Facebook, published an internal memo today entitled “Facebook is failing its black employees and its black users.” Luckie said that he sent the memo to all Facebook employees on November 8, shortly before leaving the company. According to Luckie’s LinkedIn profile, he was at the company for just over a year.

It’s worth reading his note in full, but a few portions in particular stand out. First, Luckie notes how black users are one of the most engaged demographics on Facebook — according to Facebook’s own research, 63 percent of African Americans use Facebook to communicate with their family, and 60 percent use it to talk to their friends once a day, compared to 53 and 54 percent of the total U.S. population respectively. Yet, he says they haven’t been historically reflected in Facebook’s content partnerships and external industry events.

“When determining where to allocate resources, ranking data such as followers, greatest number of likes and shares, or yearly revenue are employed to scale features and products,” Luckie writes. “The problem with this approach is Facebook teams are effectively giving more resources to the people who already have them. In doing so, Facebook is increasing the disparity of access between legacy individuals/brands and minority communities.”

Luckie also details the racial discrimination that he and other employees said they experienced at Facebook — Luckie wrote that, “On a personal note, at least two or three times a day, every day, a colleague at MPK [Facebook headquarters in Menlo Park] will look directly at me and tap or hold their wallet or shove their hands down their pocket to clutch it tightly until I pass.”

He also said that some managers have discouraged other black employees from participating too much in Facebook’s internal Black @ Facebook group, or “doing ‘Black stuff,’ even if it happens outside of work hours.”

Facebook’s human resources department failed to believe employees when alerted to these incidents, and implied that the employees who reported them needed to be better “team players,” according to Luckie’s account.

“Being stationed at Facebook headquarters has required a great deal of sacrifice — being cut off from family, friends, and my now former fiancé, compromising my health and my sense of security. I’ve done all this willingly because I strongly believe in this company and its ability to positively impact the world,” Luckie wrote. “I’ve lost the will and the desire to advocate on behalf of Facebook.”

Facebook’s director of corporate media relations Anthony Harrison said in an email to VentureBeat, in response to Luckie’s note, that “over the last few years, we’ve been working diligently to increase the range of perspectives among those who build our products and serve the people who use them throughout the world … we want to fully support all employees when there are issues reported and when there may be micro-behaviors that add up.  We are going to keep doing all we can to be a truly inclusive company.”

Luckie ends his note with a series of recommendations for Facebook, asking them to “implement data-driven goals to ensure partnerships, product testing, and client support is reflective of the demographics of Facebook,” and to give employees a way to anonymously report managers who routinely give lower performance reviews to women or people of color and/or who discourage employees from “engaging in cultural activities outside of their agreed upon work schedule.”

Facebook’s treatment of black employees also previously garnered attention in 2016, when CEO Mark Zuckerberg sent an internal memo telling employees to stop crossing out signs on its campus that read “Black Lives Matter” and replacing them with “All Lives Matter.”

It’s also worth noting that Luckie’s note came shortly after a group of Google employees released a signed letter demanding that the company cease work on Project Dragonfly, its reported Chinese search engine.  While Luckie and the Google employees are tackling different issues, it’s a busy day for tech workers speaking out in an industry that’s traditionally been tight-lipped, to say the least.

VentureBeat has also reached out to Luckie for additional comment, and will update this story if we hear back.