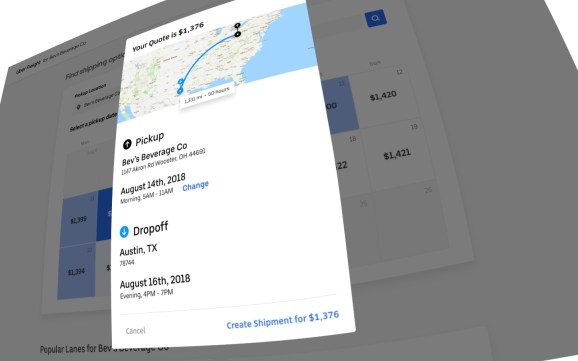 Creating a shipment with Uber Freight.

Uber Freight, the cargo-hauling trucking platform Uber built on its on-demand transport infrastructure, has unveiled a new feature that gives shippers — companies and distributors who dispatch cargo en masse —  access to real-time market rates for specific routes up to two weeks in advance.

The feature, called Lane Explorer, is part of Uber Freight for shippers, which launched back in August to offer companies technological capabilities similar to those trucking firms have enjoyed from the get-go.

By way of a quick recap, Uber launched its Uber Freight trucking business in May, 2017 as it sought to do for the logistics transport industry what it had been doing in the personal mobility sphere for a while: match supply with demand. More specifically, it wanted to connect trucking firms and drivers with companies that need to shift cargo from A to B. This move was very similar to the way Uber had re-appropriated its networking platform to expand into food delivery, something that now represents a major part of its business.

For most of the 18 months since it launched, Uber Freight has been growing its network of carriers and drivers and giving them access to up-front pricing and a payments infrastructure, underpinned by a mobile-first Uber-like booking interface. Drivers open the app, see what loads are in their locale, and decide whether they are able to take the job. 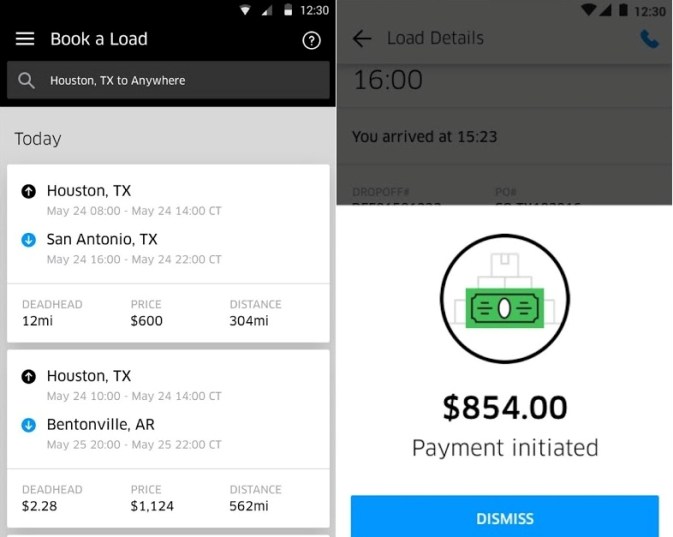 With the launch of Uber Freight for shippers three months ago, the company was essentially building on these efforts by targeting small and medium-sized businesses with a platform through which they can manage and track their shipments directly from their desktop. 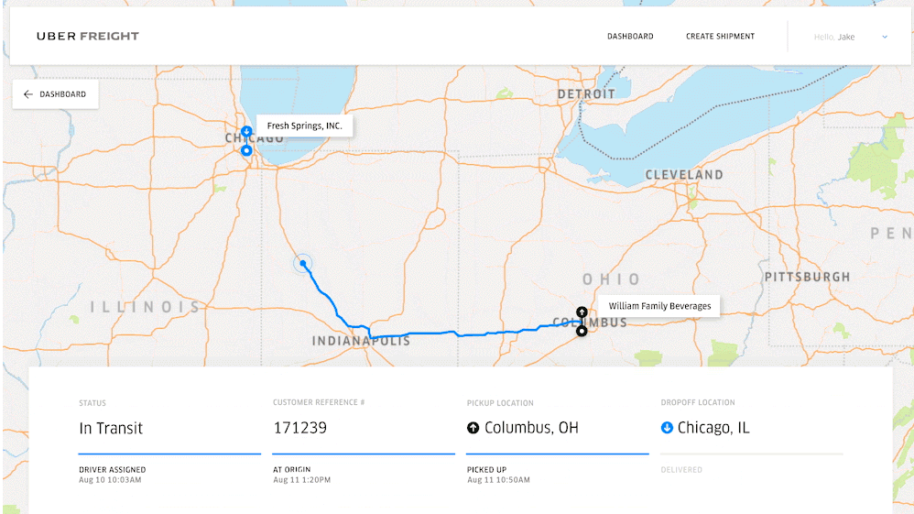 Above: Uber Freight for shippers

For shippers, part of the appeal of Uber Freight lies in its instant marketplace pricing, which is generated in real time based on conditions like driver availability and other “freight-specific variables,” such as distance, location, time of year, and cargo type, among other factors.

However, if a shipper wants to schedule a load for the same route each week, they won’t necessarily know how much it will cost, as fluctuating market conditions can impact pricing. With Lane Explorer, Uber Freight harnesses machine learning to assess these dynamic factors and generate rates in real time up to two weeks in advance.

“In an industry like logistics, where market trends can be opaque and conventional practices are often the go-to solution, Lane Explorer sets a new standard for visibility in the market,” said Uber Freight product manager Stefan Sohlstrom.

It’s basically a little like a flight-booking engine, allowing you to choose your pickup and drop-off locations, with the price for each of the next 14 days displayed in a calendar format. 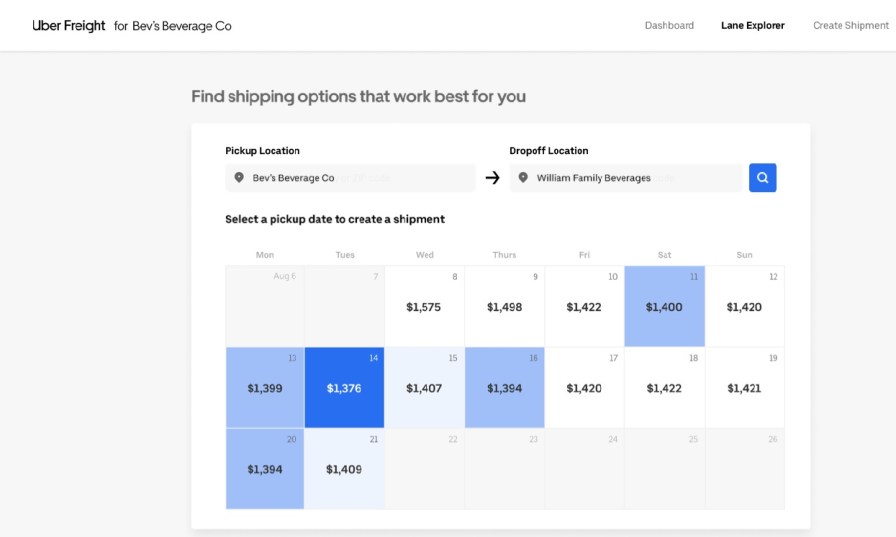 Like myriad companies flooding the technology realm with features these days, Uber is touting machine learning as underpinning its new offering. Given that Lane Explorer takes historical and current data garnered from Uber’s network for truckers and meshes it with other market-specific data, the more carriers join the trucking network, the more accurate the predictive pricing will become.

Using large swathes of data to make future predictions has emerged as a core part of many businesses. Hopper, for example, analyzes trillions of historical prices for flights and hotels to tell you when to book to get the cheapest price. Uber itself leverages data to predict spikes in demand for its core ride-hailing service.

The trucking industry generated north of $700 billion in revenue in the U.S. alone last year, or around 80 percent of all freight revenue in the country, and Uber is now gearing up to give smaller companies a leg up with this window into pricing.

“Until today, the best way to get an accurate quote on a shipment was to call or email a truck and negotiate a price for a load,” added Sohlstrom. “Most shippers don’t have time to do that for every individual shipment, so they often rely on their knowledge of past rates to know whether they’re getting a good price for their freight. Lane Explorer is like calling up thousands of trucks for every day and every lane simultaneously and seeing the best rate for each lane.”