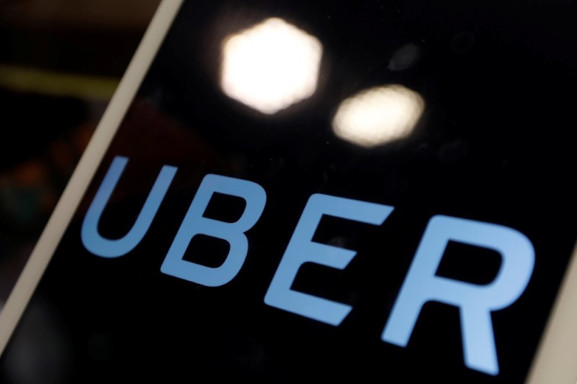 Get a package delivered to your house recently? There’s a good chance it traveled by truck to get there. Roughly 80 percent of all cargo in the United States is transported by the 7.1 million people who drive flatbed trailers, dry vans, and other heavy lifters for the country’s 1.3 million trucking companies. It’s an industry that’s forecast to grow 75 percent by 2026 — and it’s one Uber wants to dominate.

Today, the peer-to-peer ridesharing, food delivery, and transportation company announced an expansion of the Uber Freight service it launched last year: Uber Freight for shippers. Starting today, small and mid-sized businesses can tap into Uber’s network of carriers and drivers from their desktop and, with a single tap, book a freight delivery.

“At Uber, we’re really good at matching supply and demand with technology and really strong operations excellence on the ride side,” Eric Berdinis, product lead at Uber, told VentureBeat in an interview. “With Uber Freight, the goal is to make moving freight across the country as seamless and easy as ordering a ride.”

The problem with freight shipments today is their “opaqueness,” Berdinis explained. There’s often ambiguity around the status of loads, the timing of pickups and dropoffs, and drivers’ delivery records.

“It requires a lot of phone calls and emails,” he said. “We set out to bring transparency and fairness to the process.”

To that end, when businesses schedule a delivery through Uber Freight for shippers, they get the prices upfront in the Uber Freight app — whether it’s a short-haul dropoff at a distribution center or a 500-mile long-haul trip. Customers are matched intelligently to carriers in Uber’s network and see a real-time, mutually agreed-upon quote that’s determined by market conditions and “other factors.”

Uber Freight shipments are tracked at every stage of fulfillment: (1) when drivers are assigned, (2) after the load is tendered at the point of origin, (3) and the moment they’ve been delivered. Freight in transit can be traced at any time from the Uber Freight dashboard — a blinking blue dot on the in-app digital route map indicates its real-time location.

Berdinis said that the expanded Uber Freight has been piloted with select customers over the past several months, and that one of the largest — Chicago-based material package company Premier Packaging — managed to shave three to four hours a day off of freight unpacking with it.

“The Uber Freight platform takes the stress out of the booking process,” Jeannine Arzillo, customer service representative at Premier Packaging, said. “Our loads are consistently picked up and delivered on time, and we can book, file away, and follow up on delivery day, always confident that our loads are where they need to be. Uber Freight’s transparency also allows us to make fully informed booking decisions up front. When we enter date and location information, we can see an instant quote, and the time it takes to confirm loads is cut in half.”

Niagara Bottling, another Uber Freight client, upped the number of loads hauled by Freight drivers from 10,000 last year to 50,000 this year.

With today’s wide rollout of Uber Freight, Uber’s going after a more substantial chunk of the $726 billion in revenue the trucking industry generates annually. It comes on the heels of a nationwide push in June, when it branched out from select metro regions to cover the entire continental United States, and the introduction of a fleet management mode for small shipping companies.

But Uber isn’t the only one. Seattle-based Convoy, which raised $62 million in 2017 from backers including Jeff Bezos and Bill Gates, boasts a platform — Dynamic Backup — that builds routing guides from real-time, guaranteed prices for contractual freight. And Transfix, which operates in New York, operates an online marketplace that matches loads to drivers.

Then, of course, there’s the fact that Uber Freight faces internal challenges, most recently the shuttering of its self-driving truck division, the departure and return of Freight executive Lior Ron, and a shortage of truck drivers. (To combat the last of those three problems, Uber in April launched an incentive program — Uber Freight Plus — offering discounts on fuel, tires, maintenance, and the purchase of new and used vehicles.)

An Uber spokesperson told CNN that despite the setbacks, Uber Freight remains one of Uber’s “fastest-growing and most promising businesses” and that the company’s investment in Freight more than doubled in early August. Time will tell whether that momentum is sustainable.