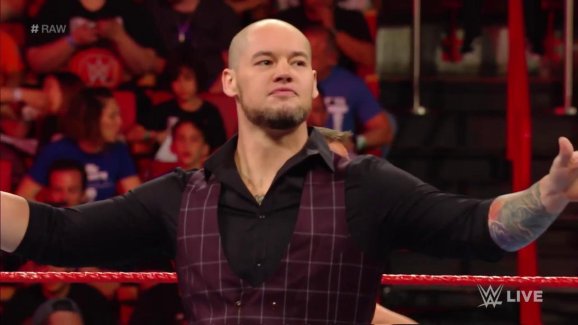 Consumers can smell “targeted advertising” from a mile away, but they’ll listen to recommendations from their peers, and they trust the integrity of the influencers they follow. To learn how to tap social media stars to help create brand buy-in, create meaningful connections, and more, don’t miss this VB Live event!

“We really do find that when we activate our brand advocates, we see a lot more of a positive lift in sentiment for our brand,” says Amanda Brown, senior manager of digital marketing, at TGI Friday’s. “We see more organic attraction to that conversation, and from an authenticity standpoint, we recognize a difference in the impact that we have when we have more of a one-to-one channel of conversation with our customers.”

Brand advocates, or influencers, form paid partnerships with companies, in which those social media stars share authentic content with their audiences about their experience with a product or brand — and hopefully, about their real, bone-deep love of everything you do. Authenticity is really key, when it comes to tapping effective, actually influential folks who can make a difference for your brand. Brown says they were able to identify their most loyal fans by doing brand health research, digging into some of their listening and analytics tools.

“We started seeing a recurring phrase that kept popping up, ‘favorite restaurant,’” she says. “Obviously we were flattered. But what context is that in? Why does that phrase continue to pop up?”

When they dove further into their research, they learned that the phrase was actually “favorite Japanese restaurant.” The restaurant does have a presence in Japan, but the brand image is all about Americana.

This phrase, it turned out, was used by a group of American wrestlers on the international wrestling circuit with New Japan Pro Wrestling, The Young Bucks. They’d stop by the restaurant’s Tokyo location whenever they were on tour, and always tweet photos of themselves there, declaring it their favorite local restaurant, and their fans loved the comedy of it. And so Friday’s digital marketing group reached out to them when they were next in the U.S., and invited them to come out to their headquarters.

They got some major VIP treatment, Brown says: wined and dined in the test kitchen, and given some sneak peeks of their up-and-coming new food. They got to meet the head chef and take pictures with him, take pictures at the ‘history wall’, and even filmed their own content, because they have a hugely popular YouTube channel as well.

“This is a true harmonious relationship that we’re building with these wrestlers,” Brown explains. “You could feel the excitement and the authenticity once we actually met them face to face and started engaging with them. That was the biggest opportunity for us to really bring an authentic influencer relationship to life, versus what we had previously been doing in our strategy with influencers, which is strictly paid.”

For previous campaigns, they’d hire a celebrity or a personality to talk about their brand, not knowing if these individuals knew about the restaurant, if they’d ever visited one, or if they even liked the chain.

That taught them a lot about how they should approach their influencer strategy, Brown says. “That influencer’s audience will immediately start questioning: well, I’ve never heard them talk about this restaurant before. Why are they talking about it now? Do they actually go there? It’s only a matter of time before those comments shift into a more negative kind of commentary,” she adds.

Whereas, on the other side of things, when you have a true organic relationship with an advocate influencer, ideally the audience is very familiar with their influencer’s deep love of the brand, and have been seeing that company’s name, and posts, and pictures about the company — before there was ever any paid relationship with that brand.

The relationship Fridays was able to build with the wrestlers, stemming from their initial contact, ended up evolving into a major sponsorship opportunity. As hugely popular figures in the wrestling world, the wrestlers were given an opportunity to host a show, which turned into the All In event that became the largest independent wrestling show in the last 30 years, Brown says, held in the Sears Center in Chicago.

“They said, we’d love you to be a part of it, because we love you and we know our fans love you,” Brown says. “To have that kind of an approach to a relationship and a sponsorship is completely different than anything I’ve ever seen before with a paid agreement. It also helped us build a bigger relationship with our consumers. Once we did sponsor that event, we got so much love from their fan base saying, ‘thank you so much for supporting our favorite wrestlers.’ We got to see the power of really building and establishing a good rapport with our influencers, treating them well, and really welcoming their fan base.”

Fridays did an analysis of the All In sponsorship, and found that they achieved 5.7 million organic impressions, and 2,300 engagements on their content alone, and about 6,300 partner influencer engagements, from the the wrestlers talking to and about them — a total of 52,000 total earned and owned engagements.

“Sentiment, obviously, was through the roof,” she says. “It was the second-largest spike that we had had all year in sentiment and overall volume and conversation.”

And that relationship grew into ones with wrestlers on the WWE circuit as well, she adds, pointing to a joke on social that grew legs: one of the villains on WWE Raw was rumored to be a fired TGI Friday’s manager.

“We ended up developing a relationship with Baron Corbin and teasing him about getting fired from Friday’s, getting him a severance package of boneless wings,” she laughs. “There’s a lot that just comes from embracing this niche audience that we didn’t know existed, and then turning that into not only sponsorships, but new and expanded awareness of our brand.”

To learn more about developing authentic relationships with the influencers who matter most, finding your niche audience, and making the magic take off, don’t miss this VB Live event!