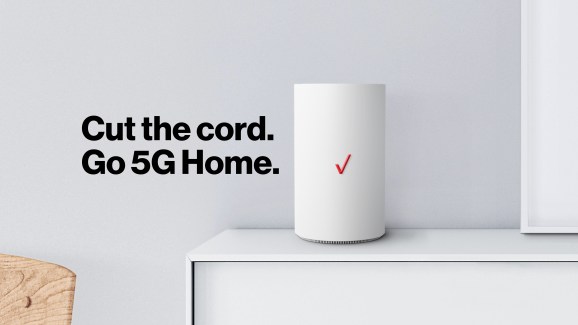 Verizon’s wireless 5G Home broadband service is already delivering faster speeds than most cable modems, but the carrier now plans to double its performance over the next six months. As a result, regular speeds could go from 300Mbps to 600Mbps, with peak rates soaring comfortably above 1Gbps for the first time.

The company disclosed its plans at the SCWS Americas show this week (via FierceWireless), noting that the gains will be achieved by expanding its use of 28GHz millimeter wave spectrum from 400MHz-wide channels to 800MHz channels, a change that can be thought of as adding more lanes to an existing highway. Wider channels will enable the company to serve more customers and offer greater performance to existing ones, Verizon said.

While the 5G standard promised to bring home and mobile users 1Gbps and higher speeds for the first time, actual 5G performance has been impacted by a variety of real-world factors. Anticipating customer concerns, Verizon promised that its 5G Home service would have a nearly 1Gbps peak and 300Mbps “typical” performance. Subsequent independent tests suggest that the company’s hardware is already outperforming the latter number by as much as 2 times in actual installations.

Doubling the wireless modem’s available bandwidth will certainly affect the “typical” and real-world numbers; surprisingly, Verizon also said its peak will “definitely increase,” as well, though its current small cell hardware can transmit 1Gbps of data at 3,000-foot distances. Promoters of the 5G standard have promised over 5Gbps peak speeds using millimeter wave radio technology similar to what Verizon has already installed in four U.S. cities, but Verizon hasn’t made any specific claims as to how high it might go.

One hitch: Verizon’s 5G equipment installations thus far have been pre-standards hardware, and the company now says it’s waiting on standards-compliant equipment before expanding to more neighborhoods and cities beyond today’s parts of Houston, Indianapolis, Los Angeles, and Sacramento. It still plans to allow users to self-install 5G equipment in the future, rather than requiring an installer to visit, but doesn’t yet have a timeline for when that’s going to happen.