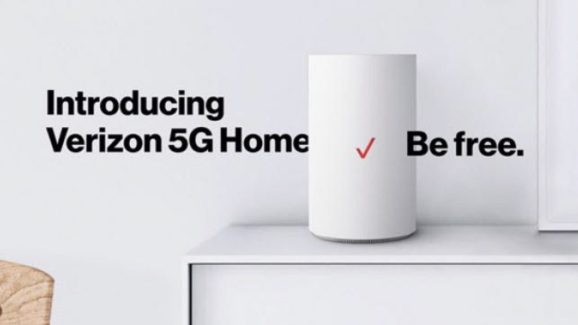 Verizon announced today that it will begin offering its long-awaited fixed 5G home broadband service on October 1, 2018, starting in four cities: Houston, Indianapolis, Los Angeles, and Sacramento. Dubbed Verizon 5G Home, the service will be available to current Verizon Wireless customers for $50 per month, and new customers for $70 per month.

The revelation of pricing and date details ends two of the biggest mysteries about Verizon’s fixed 5G service, though those details are interestingly complex. Starting on Thursday, September 13 at 8 a.m. ET, Verizon’s new website FirstOn5G.com will provide information and a preorder opportunity for interested 5G customers in those four cities. Consumers who sign up will get Verizon 5G Home free for three months, after which “current Verizon Wireless customers with a qualifying smartphone plan” will pay $50 per month, and others will pay $70 per month, including all taxes and fees — with no contract.

Equally interesting is the fact that Verizon promises “no additional hardware costs,” and is promising customers “typical network speeds around 300 Mbps and, depending on location, peak speeds of nearly 1 Gig, with no data caps.” The service is being pitched at cord-cutters interested in exiting their wired cable broadband packages, and Verizon has previously said that it will be working with both Apple and Google to offer certain free television services over the network.

Verizon is executing on a plan announced at the beginning of 2018 and claiming that it “is the first company to bring 5G broadband internet service to consumers and is expected to be the first to offer 5G mobile service,” though the latter part of that sentence comes with an asterisk. Rival AT&T has promised to launch the first mobile 5G network in the United States across 12 cities, albeit using mobile hotspots rather than smartphones at first.

Motorola has shown a 5G Moto Mod accessory for its just-released Moto Z3 handset, but the accessory was expected to hit stores in 2019; this may indicate that its U.S. launch date will take place earlier. Samsung and Ericsson are among Verizon’s confirmed hardware partners for the fixed 5G service.

The carrier separately announced today that it will be branding its 5G offerings as the “Ultra Wideband 5G network,” a marketing effort to focus on its large investments in high-bandwidth fiber and millimeter wave infrastructure to support its home and mobile 5G networks. The company is not alone in making these investments, however, as smaller rival T-Mobile has similarly been building a multi-band 5G network across the country, and AT&T has made significant nationwide investments in its own towers.