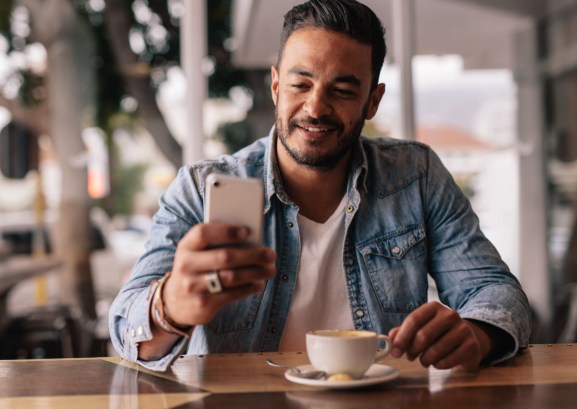 Contact centers will shrink by 50 percent in the next three years as routine tasks are automated by bots that offer an 8.6 percent increase in profit margin per customer. For a closer look at the long-term implications of automation, how to invest in the brave new world of work, and more, don’t miss this VB Live event!

When you think about interactions that the contact center is able to provide, whether it’s voice or non-voice, the end consumer is not going to be overly concerned about what the interface is going to be — human or bot? says Peter Ryan, principal analyst of Ryan Strategic Advisory. What they’re going to be concerned with is effectiveness: is my problem going to be resolved as quickly as possible?

“I’m a big believer in the fact that consumers and individuals have a great deal of patience when it comes to the interactions they have with contact centers,” Ryan says. “Where a lot of companies have gotten it wrong is they’ve tried to put the technology ahead of the consumer, and that failed very badly.”

In the early 2000s, the savior of customer support was voice-automated IVR — we were going to be talking to computers and computers were going to solve everything. It was going to reduce, or even eliminate, the need for agents, both onshore and offshore.

“It didn’t happen, because organizations had too much confidence in where the technology was at that point, and it ended up ticking off a lot of consumers,” he explains. “Now, because we’re in an era where the consumer is king and consumer loyalty is the number-one priority, companies are applying what lessons were learned 10 to 15 years ago to 2019 and beyond.”

There’s no question that the rollout of chatbot technology is here, he says, and it’s working exceptionally well. But companies have to be very smart about how they’re deploying it, recognizing that there are limitations.

“These limitations, year on year, get pushed out further in terms of the improvements that get made around these solutions,” he says, “but the trick is understanding that you have to have a blended solution. You have to know when the interaction with the chatbot moves over to a human, and then that human can pick up the ball and run with it and make sure the interaction with the consumer is going to be 100 percent solid.”

Blending the human interaction alongside the technology is probably the biggest challenge many organizations have faced.

“The future of work will be a very seamless blend of automated technology alongside higher-value skills,” he says. “Individuals going into the work force today, and individuals in the work force who are looking to ensure they’ll be relevant, are making sure they’re moving on with the reality that perhaps the job they did a few years ago, a machine is going to be doing it.”

No sector is impervious to the use of chatbot technology or self-service automated solutions, he says, and most companies will be able to cut costs significantly with a reduced need for live voice agents, or any need at all. He points to companies like Uber, Airbnb, and the plethora of others using that same business model, where there’s very little reason for customers to use the telephone to contact them, and in many cases, consumers are much more comfortable with non-voice interactions than they would be picking up the telephone.

The amount of automation a company can harness, however, depends on the use case: the complexity of the inquiry, the nature of the information a consumer is looking for, what they need the enterprise or the organization to do for them. If it’s something simple and straightforward, like providing a timetable or information on something relatively rudimentary, there’s no reason that couldn’t be handle by a decent automated system, Ryan says.

“The fact of the matter is, a lot of these automated solutions are fantastic,” he says. “You can change flights using them. You can do banking transactions. You can pay your credit card bill. The question comes down to what technology an organization has in place, how scalable it is to move up that value chain in terms of handling more complex tasks, and to what extent an organization wants their end users to feel that they’re being serviced more by so-called robots as opposed to live agents.”

But again, the technology has to be solid before the handover to a live human, whether the human is on chat or on the phone.

“It’s always going to be a work in progress in terms of programming and developing the different algorithms that will go into planning for the rollout of the initial bot,” he says, “and the different interactions and iterations it’s going to have over the lifetime of being in front of consumers.”

He explains that the key thing an organization needs to do to deploy this type of technology is to use as much analytical solution technology available in order to learn, over the course of interactions, what’s working with the chatbots versus what’s not working.

“The problem is, too many organizations out there are facing cash crunches with regard to their CRM or customer interaction budgets, and they just don’t have the money to spend on more people or more development,” he says. “Unfortunately, they’d prefer to try to default to just allowing individuals to use technology that might not be ready for prime time. But it’s simply a false economy. It ends up eroding customer value.”

How many times does a customer feel they have to go to a company’s chatbot that’s just not going to work before they get angry and go to another provider of a similar product or service?

“The sad part is that a lot of organizations are facing that situation, and they don’t have the resources, or the perceived resources, to sink into making the technology better, or learning from what’s not working well with regard to what’s in place and fixing it,” he says. “If they were able to do so, I think that would probably provide a great deal more in regard to loyalty, to repeat business, and to increasing share of wallet over the consumer’s lifetime.”

For an in-depth look at the long-term implications of bots and AI, how to position your company for the changes ahead, and more, don’t miss this VB Live event.