Microsoft today launched a new web analytics product in beta. Clarity is designed to help developers understand user behavior at scale, including why users struggle, where they run into issues, and why they abandon a website.

The web analytics space has seen quite a bit of movement over the past two years. Google Optimize 360, the company’s A/B testing tool, launched out of beta in March 2017. The suite includes a free version, Google Optimize, while Optimizely, the previous leader in web analytics, killed off its free product earlier this year.

Microsoft wanted to offer its own take at A/B experimentation, noting that “while A/B experiments allow developers to see when their key metrics are moving, the primary drawback is the lack of visibility into why the metrics moved in any given direction.” Clarity’s main differentiator is a feature called Session Replay, which lets developers view a user’s page impression including interactions such as mouse movement, touch gestures, click events, and so on. 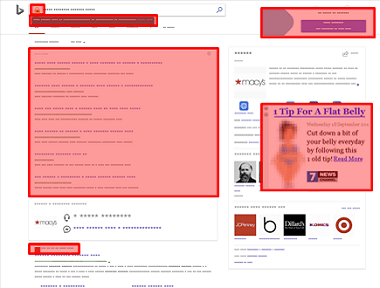 Microsoft says the Bing team uses Clarity to delve into sessions that saw negative customer satisfaction and determine what went wrong. In a few cases, the team figured out that poor user experience was due to malware installed on the end user’s machine that was hijacking the page and inserting bad content.

Clarity requires a small piece of JavaScript added to the HTML webpage (desktop or mobile) so it can listen to browser events and instruments layout changes, network requests, and user interactions. The instrumentation data is then uploaded to the Clarity server running on Microsoft Azure. Over on GitHub, Microsoft has open-sourced the JavaScript library that instruments pages.

Session Replay is probably enough to pique a web developer’s curiosity, but Microsoft’s plans for Clarity are even more interesting. Literally called “Interesting sessions,” this feature will use Clarity’s AI and machine learning capabilities to help web developers review user sessions with abnormal click or scroll behavior, session length, JavaScript errors, and so on. The idea is to have developers spend less time and gain more insight into their users by having Clarity show them the most relevant sessions. 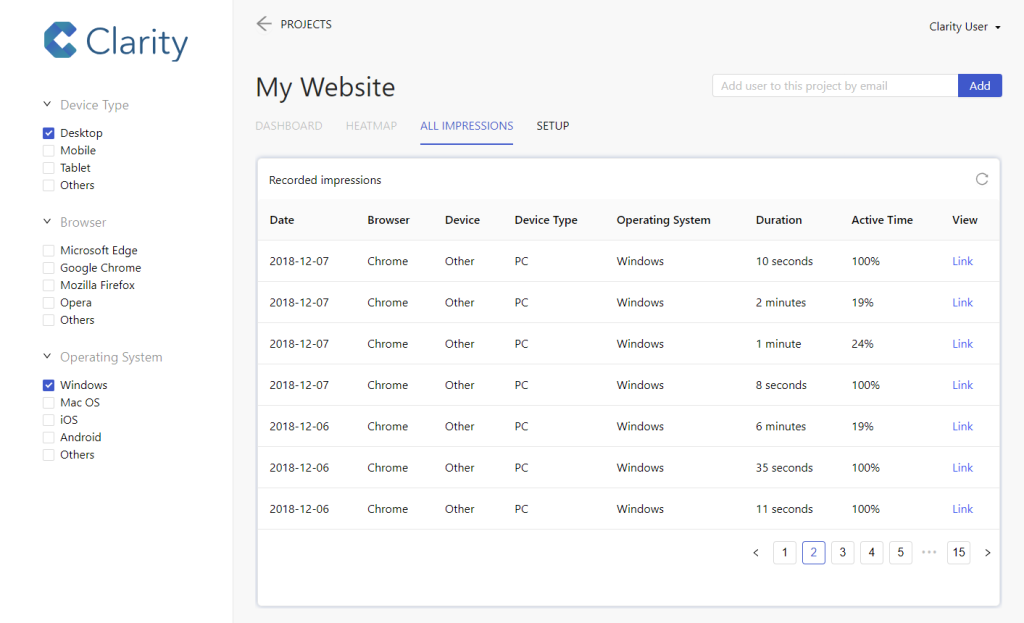 Also in the pipeline are related sessions and heatmaps. The former will group similar sessions based on a single session, helping developers understand the scope of a specific user behavior and find other occurrences for the same user as well as other users. The latter will provide a view into user behavior at an aggregate level through click/touch heatmaps (user interactions across a page) and scroll heatmaps (how far users scroll on a page).

So far, Clarity sounds like a good alternative to Google Optimize, assuming Microsoft prices it competitively. The company didn’t share a timeline for when it expects Clarity to be released out of beta. In its current status, after you create a new project, you will be added to a waitlist. You will need to be approved before you can get the JavaScript code and use the Clarity dashboard to start replaying user sessions.