For agencies dealing with sensitive data, cybersecurity has arguably never been more important. Enterprises that discover a data breach within the first 100 days spend about $1 million less on average than those that uncover it later on, according to the Ponemon Institute. In a recent study, 60 percent of 200 security leaders surveyed indicated that their organizations fell prey to at least one social engineering attack in the past year.

Tony Pepper, John Goodyear, and Neil Larkins thought there had to be a better way to protect mission-critical information. They founded Egress, a London-headquartered startup that uses artificial intelligence (AI) to reduce the risk of data loss and exposure. With offices in Boston and Toronto, 500 percent revenue growth over the past four years, and over 5 million users across 2,000 enterprise and government clients, their company — which only four years ago raised $3.6 million in Series A funding — is poised for global expansion.

Egress today announced that it has secured $40 million in a Series C round led by FTV Capital. Existing backer AlbionVC participated in the round, which also saw FTV partner Kyle Griswold join Egress’ board of directors.

Pepper, who serves as CEO, said the new capital would be used to build on growth in Europe and expand Egress’ Boston office to as many as 50 employees by mid-2019. It will also go toward accelerating the development of “new technology” across the company’s portfolio.

“Today’s heightened security threats, combined with an increasingly complex regulatory landscape, means that organizations face considerable risk from data breaches, resulting in reputational damage and significant financial loss,” he said. “At Egress, we help businesses mitigate this risk by wrapping security around the user and managing their experience using machine learning and AI.”

Egress offers a full range of data-shielding services, including email and document classification, accidental send prevention, and email and file protection. Powered in part by machine learning, its suite of tools helps users understand which people and parties should be granted access to files by automatically categorizing those files and prevents breaches by intervening before employees unintentionally share data with the wrong person. Additionally, it encrypts emails, attachments, and other potentially sensitive content and offers capabilities like real-time message auditing and access revocation.

“This risk-based approach helps users avoid potential mistakes, such as sending information to the wrong recipients, and provides security administrators with insight into behavioral anomalies across the business,” said Pepper. 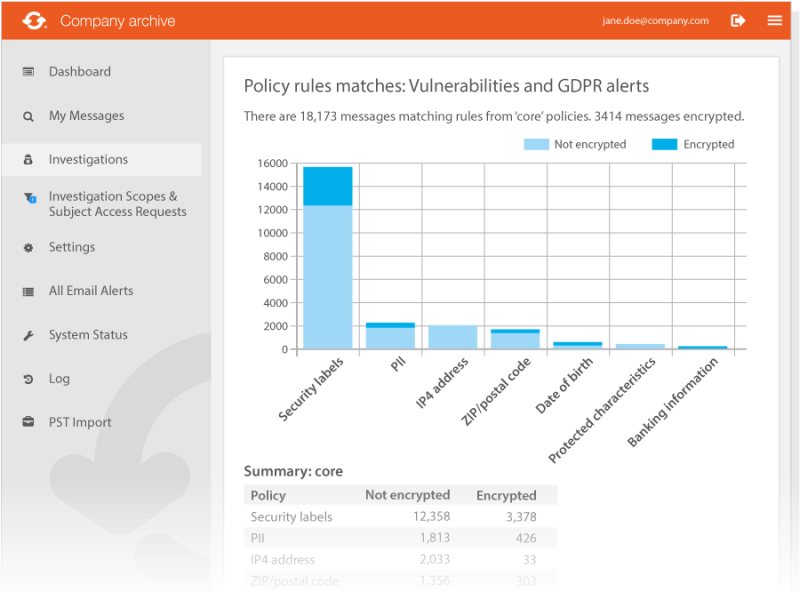 Mark Cabry, director of network engineering for the U.S. state of Delaware, said those and Egress’ other bespoke data protection products convinced the state agency to sign on.

“As a regulated … agency, we recognized the importance of selecting a best-of-breed security partner,” he said in a statement. “Egress understands our complex business requirements, and their technical innovation has helped us to maintain privacy and mitigate risk when sharing data across and outside government, leading us to deploy the service statewide.”

Griswold is similarly confident in Egress’ growth potential. In the first half of this year alone, its new software-as-a-service subscriptions were up by 64 percent, with a 93 percent renewal rate.

“The need for comprehensive data security systems that help prevent data breaches and maintain compliance has become of one of the key strategic priorities for businesses globally,” he said. “Egress’ user-centric strategy, combined with their use of AI-driven technical innovation, is helping to tackle these challenges head-on. Their success in highly regulated markets is evidenced by their rapid growth and exceptional customer retention rates.”

Another vote of confidence came from Microsoft in March of this year, when it selected Egress for Microsoft ScaleUp (previously Microsoft Accelerator), an accelerator program providing sales, marketing, and technical support for qualified companies. Egress has also been included in the Deloitte Fast 500 and the Sunday Times Tech Track 100.

“We look forward to supporting Egress as it enters the next stage of expansion. We have witnessed first-hand how the business has built out an enterprise-grade data security platform from a niche point solution, while growing into new verticals and geographies during the period,” said Ed Lascelles, a partner at AlbionVC. “The demand for enhanced data security is only going to increase, and so we remain excited about the team’s ability to continue delivering rapid growth.”