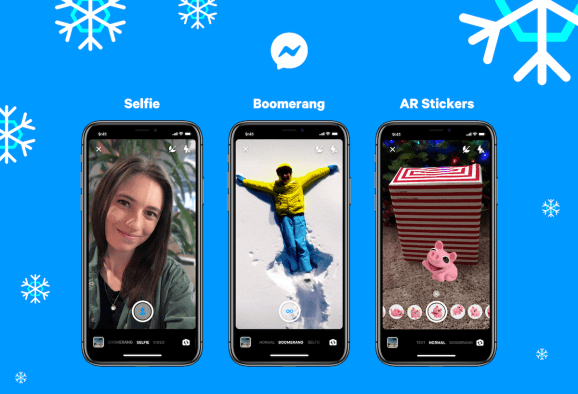 Messenger is taking a page from other properties in Facebook’s family of apps with the addition of new camera effects.

When Messenger users open the camera app, they’ll also see a slightly refreshed layout. Listed at the bottom of the camera will be the five camera modes they can choose from — Boomerang, Normal, Video, Text, and Selfie. That’s the same camera layout that already exists on Facebook and Instagram. Previously, Messenger displayed a variety of lenses and filters for users to choose from.

It’s another way Facebook is trying to create a consistent experience across its family of apps. Messenger has 1.3 billion monthly active users — still more than Instagram, as of last count, though the latter is better-known as the place to post videos and photos. Facebook is also trying to get Stories on Messenger to take off by encouraging users to send Stories to individual friends in the Messenger app when they post a Story on Facebook. As of last count, Facebook and Messenger stories claimed a combined 300 million daily active users.

The new camera modes are rolling out to a majority of global users starting today, according to a Facebook spokesperson.