Sales enablement — that is, resources that help teams close deals more effectively — is a market in the midst of healthy and sustained growth, it’s safe to say. The percent of organizations with a dedicated sales enablement person, program, or function nearly doubled between 2016 and 2018, according to CSO Insights. And in September, Forrester Research reported that 54 percent of companies have or are in the process of implementing a sales enablement technology, with an additional 19 percent planning to do so or considering doing so in the next 12 to 18 months.

Doug Winter is riding the wave with Seismic, the San Diego startup he helped to found in 2010. It’s experienced 97 percent revenue growth every year for the past five years, and last quarter booked $15 million in new business — a company record. (Winter expects that figure to eclipse $100 million by year’s end.) Now, with more than 500 customers, including heavy hitters like Capital One, Quest Diagnostics, PayPal, Hitachi Vantara, American Express, Glassdoor, Illumina, and Qualtrics, Seismic claims to be the world’s largest sales enablement provider.

Building on that momentum, the company today announced that it has raised $100 million in a series E funding round led by Lightspeed Venture Partners, with participation from T. Rowe Price and existing investors General Atlantic, JMI Equity, and Jackson Square Ventures. It follows on the heels of $40 million series C and $20 million series B rounds in 2016 and 2015, respectively, and brings Seismic’s total venture capital haul to $179 million.

As part of the raise, Microsoft chairman and Lightspeed venture partner John W. Thompson will join Seismic’s board of directors. He brings with him a wealth of experience at companies like IBM and Virtual Instruments, Winter noted, not to mention Symantec, where he served as CEO for more than a decade and oversaw revenue growth from $600 million to $6 billion.

Winter says that the fresh financing will be used to “accelerate growth in global markets” and drive product innovation, and ensure that Seismic’s portfolio “remains ahead of competitive offerings.”

“Sales enablement has quickly grown into a cornerstone practice in sales and marketing across a wide array of industries and businesses sizes. With the addition of John and new investor partners Lightspeed and T. Rowe Price, we look forward to further leading the way in making it a foundational business practice across the globe,” Winter said. “John’s amazing career in leadership at some of the world’s most well-known and respected technology companies will be invaluable to us as we continue our march towards becoming the next world-class enterprise software firm.” 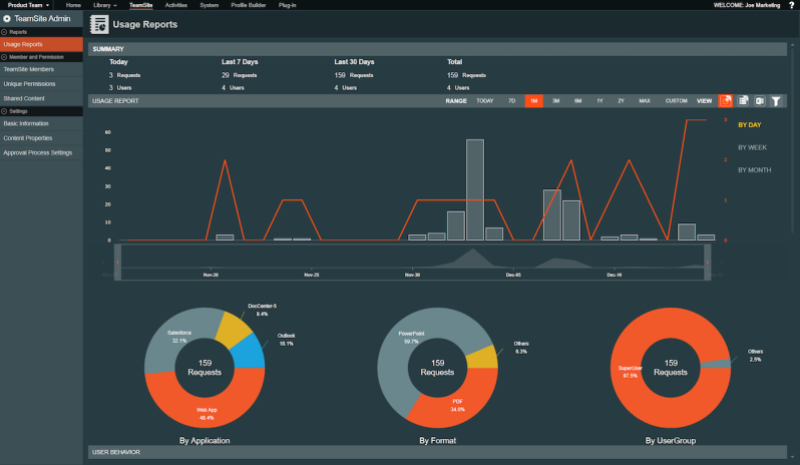 Seismic’s platform, which it claims powered more than 2.5 million sales interactions in 2018 alone, leverages machine learning to automate key parts of the sales and marketing cycle and to personalize documents for individual sales reps. It gleans useful information from sales content, like how much revenue assets are producing and the amount of time would-be customers spend viewing them. And it makes actionable those insights by revealing the impact of messaging and materials — recommending, for example, that the most popular materials be used as a sales funnel.

“If you ask the marketers, they’ll tell you they’ve got great content, they understand perfectly what the buyers are looking for — and sales can’t figure it out,” Winter told VentureBeat in an earlier interview. “And the sales team will say, ‘Hey we work really hard and try and have a conversation with them and don’t have the right content.'”

Seismic’s unified content management system (CMS) supports approval workflow, version control, content expiration, permissions management, live data components, and batch updates, to name a few of its capabilities. Somewhat uniquely, it enables salespeople and managers to build documents from existing data and content — content that updates automatically in the background to reflect changes. Tweaks to services pricing, for example, would appear across all documents with a pricing information component, and changes to a company logo or product name would update all files containing said branding.

In September, Seismic hired its first chief financial officer, John McCauley, who’s been tasked with gearing up for an initial public offering by the end of 2019.

“Seismic has demonstrated that it has the requisite devotion to product innovation and their customers to become a much larger company,” Henry Ellenbogen, portfolio manager of T. Rowe Price New Horizons Fund, added. “We are looking forward to working with the Seismic leadership team in the next phase of the company’s growth.”

The latest development in Seismic’s growth saga comes as the amount of venture capital funding invested in software-as-a-service businesses tops $12 billion. From 2012 to 2015, VCs poured around $10 billion in business-to-business sales enablement tools, including $1.4 billion in the productivity and enablement sector, $652 million in data visualization, and $618 million in the contracts management sector.