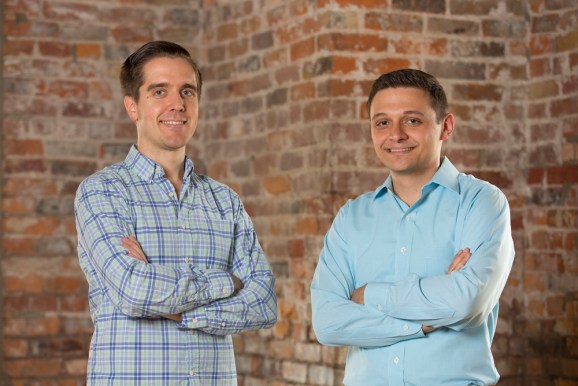 Silicon Valley remains the undisputed leader of the U.S. startup scene. But 2018 also left some investors envious of the exits taking place in other parts of the country — with Cisco acquiring Michigan’s Duo Security for $2.35 billion and SAP acquiring Qualtrics for $8 billion.

This year proved that big exits in “nontraditional” tech hubs don’t just happen once in a blue moon. Rather, places like Ann Arbor and Salt Lake City are poised to produce even more industry leaders in fields they’re becoming known for (cybersecurity and enterprise software, respectively).

With that in mind, here are 10 U.S.-based startups outside of Silicon Valley that you will want to watch in 2019. Some have already reached a unicorn valuation, while some are just past the seed round. But they’ve all passed a significant milestone for startups in their city and/or industry.

Headquarters: Lehi, Utah
VC money raised: $57 million
Employees: 150+
What they do: Developer of a free, Venmo-like expense management app.
Why they’re one to watch: A local investor told VentureBeat earlier this year that Divvy is “growing faster than any other company, from a revenue perspective, that we have invested in or even evaluated.” The company closed three rounds of funding in less than a year, due to high demand from investors. In 2018, Divvy added hundreds of customers every month (a spokesperson said that Divvy now has between 1,600 and 2,200 customers) and that number will likely only accelerate in 2019.

Headquarters: Columbus, Ohio
VC money raised: $177.5 million
Employees: 250+
What they do: Sells car insurance, with quotes generated using smartphone data.
Why they’re one to watch: 2019 will be a critical year for Root — the company just joined the unicorn club this year, having raised $151 million in 2018. The pressure’s on now more than ever for Root to continue its breakneck growth — the company wrote $55.6 million in direct premiums between Q1 and Q3 2018. It also expects to be selling insurance in all 50 states plus Washington, D.C. by the end of 2019 — if Root is successful, that would be a big milestone.

Headquarters: Detroit, Michigan
VC money raised: $50 million
Employees: 600
What they do: A self-described “stock market of things,” StockX facilitates the reselling of sneakers, watches, and other consumer goods at rates set by the market. StockX authenticates goods in-person before they are shipped to the buyer.
Why they’re one to watch: When StockX raised its most recent VC round of $44 million in September, the company said it was facilitating a remarkable $2 million worth of transactions daily. After adding two new authentication centers in London and New Jersey this year, StockX is poised to see that number grow.

Headquarters: Los Angeles, California
VC money raised: $46 million
Employees: 16
What they do: High school esports league. Students pay a $64 fee per season to participate, and its game lineup so far includes League of Legends and Rocket League.
Why they’re one to watch: PlayVS just launched in January and remarkably raised both its Series A and Series B this year. The company plans to launch its inaugural esports season in February 2019 after having conducted a test run in five states, which will provide more insight into just how much potential the company has to shape the future of high school gaming.

Headquarters: Chicago, Illinois
VC money raised: $62.5 million
Employees: 450
What they do: A fullfillment service that allows companies to offer two-day shipping and streamline other inventory processes.
Why they’re one to watch: ShipBob is the definition of a rocketship company. Its annual revenue (which surpassed eight figures in 2017) is on pace to grow 300 percent between 2017 and 2018, and the company went from 60 to 450 employees in about a year and a half. With Amazon‘s growth pressuring more and more businesses to improve their shipping options, fulfillment services like ShipBob will likely find themselves in demand in 2019.

Headquarters: Raleigh, North Carolina
VC money raised: $22 million
Employees: 55
What they do: Developed a software platform that can integrate a number of smart home devices in senior living facilities.
Why they’re one to watch: The company’s cofounder and CEO is Scott Moody, who helped develop Apple’s touch ID system. With one in five U.S. residents expected to be in retirement age by 2030, K4 Connect is serving a big market that has so far largely been ignored by technology companies. In 2019, K4Connect plans to introduce a home-based solution, as well, according to a spokesperson.

Headquarters: New Orleans, Louisiana
VC money raised: $3 million
Employees: 17
What they do: An online platform that simplifies the process of creating and maintaining a nonprofit (and will soon deploy an enterprise software solution).
Why they’re one to watch: Founder and CEO Sevetri Wilson claims to be the first woman of color to raise over $1 million in VC funding in New Orleans. Wilson, a nonprofit consultant, first created a product that allowed nonprofits to more easily incorporate and file for a 1023 form, which gets them a tax exemption. Then she added a SaaS service to assist nonprofits in complying with ongoing regulatory demands. ExemptMeNow currently counts over 5,000 nonprofits as customers, but it is planning on deploying an enterprise software solution more widely in 2019. The new offering will be aimed at cities, private foundations, and corporations. As part of this pivot, the company will also be rebranding as Resilia in 2019.

Headquarters: Atlanta, Georgia
VC money raised: $1.25 million
Employees: 6
What they do: Developed a blockchain-enabled waste management solution that allows companies to send surplus food to nonprofits. Goodr charges companies a volume-based fee to use its service.
Why they’re one to watch: Goodr just launched in 2017, but it already serves 250 businesses through eight enterprise customers — including Hartsfield-Jackson Atlanta Airport, one of the largest airports in the country — and it now brings in a monthly recurring revenue of about $36,000. CEO and founder Jasmine Crowe says the company wants to be in 20 markets and reach $1 million in annual recurring revenue in the next two years (currently Goodr serves only businesses in Atlanta and Raleigh).

Headquarters: Madison, Wisconsin
VC money raised: $16 million
Employees: Approximately 15
What they do: Develops on-the-ground weather sensors that collect weather data and sell it to agriculture and insurance companies.
Why they’re one to watch:  In 2018, Understory secured a big partnership with Monsanto (which recently merged with Bayer) to install some of its stations in Monsanto’s fields in Argentina. CEO Alex Kubicek recently told VentureBeat that Understory is in talks to expand its partnership with Monsanto, which would be a big win. Understory also hopes to increase its number of weather stations installed from 500 to 5,000 in the next year, which would be a big milestone for the company.

Headquarters: Indianapolis, Indiana
VC money raised: $14 million
Employees: 16
What they do: Developed a dashboard that can be layered into existing enterprise software products to allow buyers and suppliers to collaborate on key metrics.
Why they’re one to watch: MetaCX’s product is still in beta, and CEO Scott McCorkle is quite vague about what the company actually does. But it has raised one of the largest initial funding rounds for an Indianapolis startup. McCorkle, a former Salesforce marketing cloud chief, is well connected, and it shows in MetaCX’s list of investors — the round was led by Los Angeles’ Upfront Ventures — so it will be exciting to see what happens when MetaCX launches its product out of beta.