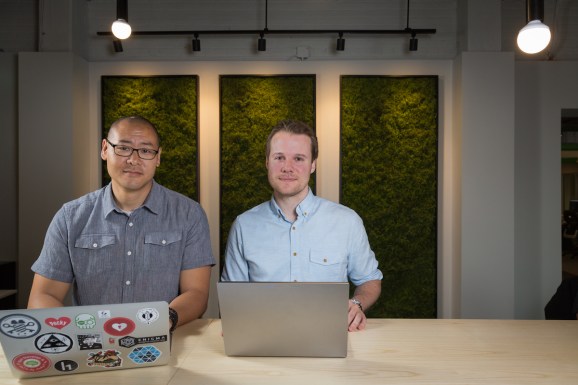 Cisco is buying Ann Arbor-based Duo Security for $2.35 billion in cash and assumed equity awards, the IT giant announced today.

Duo Security was valued at about $1.17 billion as of its last funding round. The company is best known for the two-factor authentication app it created for enterprise companies, and it counts Etsy, Yelp, and Facebook among its more than 12,000 customers. Cisco said in a press release that it intends to integrate its network, device, and cloud security platforms with Duo’s authentication and access products.

“In today’s multicloud world, the modern workforce is connecting to critical business applications both on- and off-premise,” said David Goeckeler, executive vice president and general manager of Cisco’s networking and security business, in a press release. “IT teams are responsible for protecting hundreds of different perimeters that span anywhere a user makes an access decision.”

“Cisco created the modern IT infrastructure, and together we will rapidly accelerate our mission of securing access for all users, with any device, connecting to any application, on any network,” Duo Security cofounder and CEO Dug Song said in a statement.

The acquisition marks the largest for Cisco since it acquired App Dynamics in January 2017 for $3.7 billion.

Founded in 2010, Duo Security has become a buzzed-about entity in the state of Michigan, as it was the city of Ann Arbor’s first unicorn company. It has raised about $121 million in total from its investors, including Redpoint, Workday, Index Ventures, and Benchmark.

“They [Dug and Jon] recognized the security industry was filled with really, expensive, cumbersome, solutions and they doubled down on what I would say, was ease and simplicity of use,” Agarwal said.

In addition to its Ann Arbor headquarters, Duo Security has offices in Detroit, Austin, Texas; San Mateo California; and London, and has a global headcount of about 700 employees.

On a call with investors and the media, Cisco executives emphasized the acquisition was a part of the company’s strategy to offer more subscription-based, cloud security solutions that are designed for the extended enterprise — that is, solutions that will keep companies secure as more and more employees access their work devices and applications outside of company premises.