Swiggy, which serves food from 50,000 restaurants and has a fleet of 120,000 delivery people in India, will receive $660 million from Naspers, with the rest of the capital for the Series H round coming from Tencent, Hillhouse Capital, Wellington Management, DST Global, Coatue Management, and Meituan Dianping. The transaction valued the company at more than $3 billion, a person familiar with the matter said.

In the last six months, Swiggy has expanded to 42 new cities in India. In a statement, Swiggy CEO Sriharsha Majety said the company will focus on improving its customer experience. “As we add more firepower to our vision of elevating quality of life for urban consumers by offering unparalleled convenience, we’re pleased that visionary global investors share our purpose and have made such a significant investment in our future.”

Swiggy, which was founded in 2014, had raised north of $450 million before today’s announcement. Naspers also led Swiggy’s $210 Series G round this July, and $100 million Series E and $80 million Series F rounds since the middle of last year. The latest investment, one of the largest in a food delivery startup, further cements Naspers’ interest in India. Just this week, Naspers invested in education tech startup Byju’s, and it has made notable investments in local classified business OLX, payments firm PayU, and travel company MakeMyTrip. 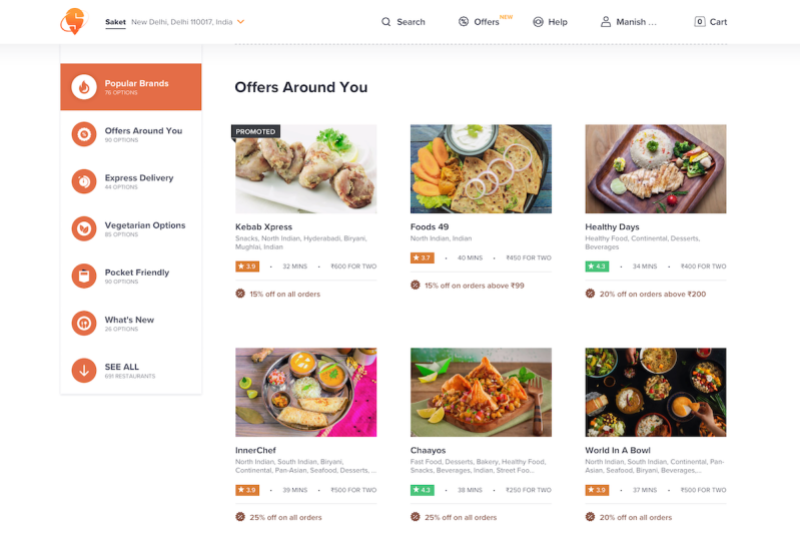 Naspers CEO Larry Illg said in a statement, “We have even more confidence Swiggy has the winning formula and will continue to build a leading business in the country. Swiggy has 10 times the number of orders per month since our first investment, has expanded throughout India to tier 1, 2, and 3 cities, and, most importantly, is the most-loved food delivery brand in India, providing the best service to consumers nationwide.”

The latest round will help Swiggy combat its rivals in India, which include Zomato and UberEats. Indeed, India has emerged as the fastest-growing market for UberEats, company executives said earlier this year.

Swiggy also rivals FoodPanda, which ride-hailing giant Ola acquired late last year. Since then, FoodPanda has attempted to expand its user base in the country by offering users steep discounts.