Thought voice assistants couldn’t cook you dinner? Think again. In advance of the 2019 Consumer Electronics Show in Las Vegas next week, Brooklyn-based kitchen appliance designer Gourmia today showcased a trio of products — an air fryer, a crock pot, and a coffee maker — that can be controlled by Google Assistant and Amazon’s Alexa.

“We want to be at the forefront of consumers’ experience in connected, smart cooking,” Gourmia founder Heshy Biegeleisen said in a statement. “It is important to us that we offer appliances that make sense to consumers or solve a need for them.”

The culinary control panel, as it were, is Gourmia’s Mia platform, which lets you kick off a recipe or perform a specific step by saying “Alexa, ask Mia” or “Hey Google, ask Mia.” The Mia app for Android and iOS affords an even greater degree of control — it’s where you can manage cook modes, temperatures, and times and find new recipes or receive alerts.

“Our … products offer some of the most innovative, easy-to-use kitchen appliances, that make cooking enjoyable, hassle-free, and smart,” Biegeleisen said. “[O]ur special platform … allows us to make any of our products smart.” 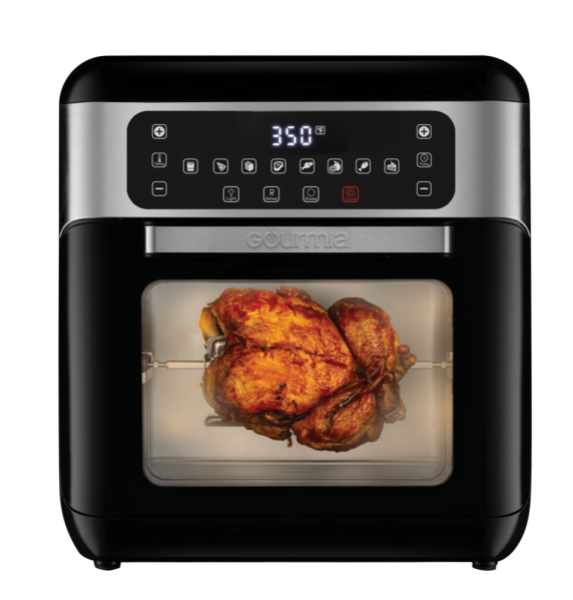 Gourmia’s digital air fryer — which, like most other air fryers, can heat, fry, roast, and dehydrate food — holds up to seven quarts of foodstuff. Other spotlight features include 10 different cooking modes and a proprietary 1500-watt heating system — RadiVection 360 — that Gourmia claims can cook food up to 30 percent faster than a standard oven.

The air fryer was previously announced and is available for purchase from $179. 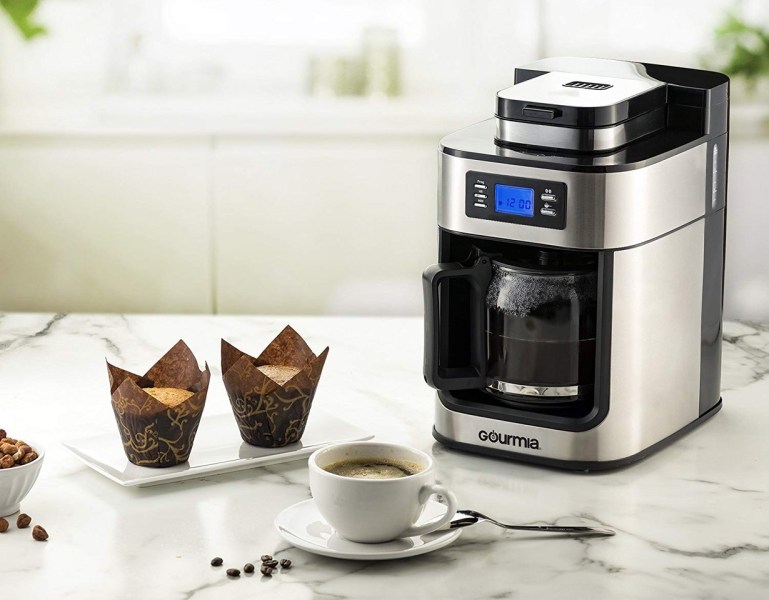 Even fancier than the air fryer is the aforementioned 10-cup coffee machine, which boasts a stainless-steel finish and comes with a glass carafe. The smart beverage maker has a built-in grinder and an LED display, plus a programmable timer and a 30-minute “keep warm” capability that prevents your freshly brewed cup of Joe from getting cold. 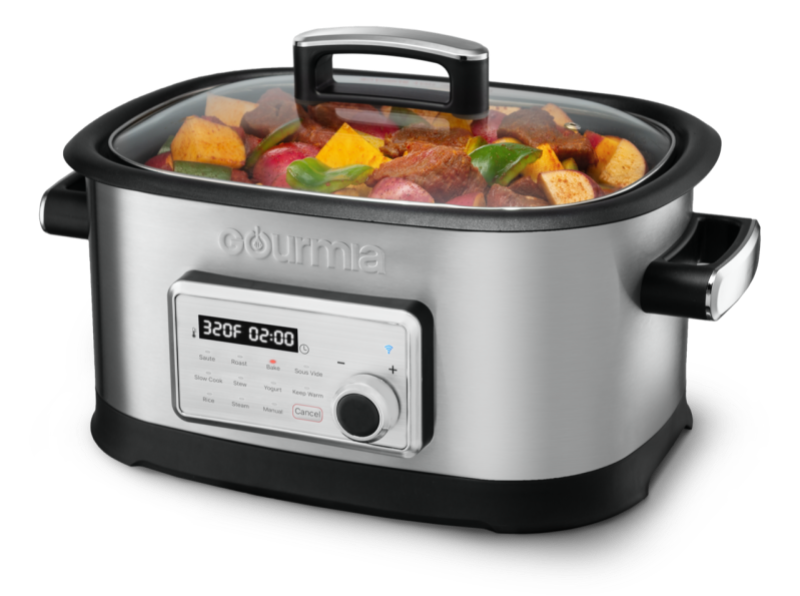 Last, but not least, is Gourmia’s Deluxe MultiCooker, a 6.5-quart electric cooker with a range of presets and adjustable controls, a heat-resistant glass lid, and a nonstick interior pot. A handy recipe book is included with purchase.

The MultiCooker is a newer model of an existing product — the Gourmia GCM650 11-in-1 MultiCooker. It isn’t, however, available yet, and the price hasn’t been announced.

Gourmia’s not the only company looking to inject the kitchen with a bit of artificial intelligence (AI).

Sunnyvale, California startup Chefling teamed up with Bosch earlier this year to launch UltraConnect, a tool that uses natural language processing to parse recipes for culinary keywords and coordinate multiple appliances. And in January Whirlpool launched Yummly 2.0, an improved version of its digital gastronomic platform that recommends recipes based on the ingredients in your fridge.

These and other brands are competing fiercely for a slice of the smart kitchen market, which analysts at Technavio expect to exceed $7 billion by 2020.