Fifteen years ago, San Francisco’s Ooma launched its first product: a voice-over-IP phone that allowed users to place calls over other Ooma users’ landlines. Telecommunications remains Ooma’s bread and butter, but its acquisition of Butterfleye in December 2017 marked its foray into home security. It launched Ooma Home Monitoring — a system that allows users to place 911 calls remotely, outside of their homes — two years ago. And in 2018 it introduced Ooma Smart Security, a family of security cameras, sirens, and smoke detectors. But it’s not stopping there.

Today, ahead of the 2019 Consumer Electronics Show in Las Vegas, Ooma revealed the Smart Cam, a wireless and weather-resistant high-definition video camera that offers features such as night vision, cloud storage, and facial recognition. It’s essentially an improved version of the Ooma Butterfleye, but with a few added bells and whistles.

“Ooma Smart Cam is an intelligent security camera with the ability to recognize people, listen for unusual noises, and detect motion, all while minimizing the hassle of false alarms that create hours of useless recordings,” Ben Nader, general manager of video solutions at Ooma, said in a statement. “We designed Ooma Smart Cam with all these features in mind, and we made it rugged enough for outdoors yet elegant enough for indoors, so it fits seamlessly into the lives of our customers.”

The compact, squarish Smart Cam, which comes with a magnetic wall mount and connects directly to Wi-Fi, can be controlled with a companion app for iOS and Android devices. Under the hood is a backup battery that’s rated for six months and 16GB of onboard storage, both of which the cam taps to record when there’s no external power or an internet connection available. It also sports an onboard 1080p camera with a 130-degree wide-angle lens and a noise-canceling microphone.

Normally, the Smart Cam starts recording one-tenth of a second after it detects motion. But if the auto privacy mode is enabled, it automatically switches off when a user’s mobile phone comes within range.

Other spotlight features include two-way audio, which lets users talk to folks within range of the camera’s speakers through their phones (and vice versa), and the aforementioned facial recognition feature, which leverages on-device computer vision and cloud processing to ID designated family members, friends, and pets.

There is a slight catch. Ooma Premium, the company’s optional subscription service, provides 30 days of video storage and is required to use the camera’s facial recognition, two-way audio, and geofencing capabilities. It’s $5 a month for one Smart Cam and $10 for two to six cameras. 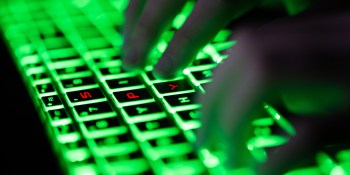 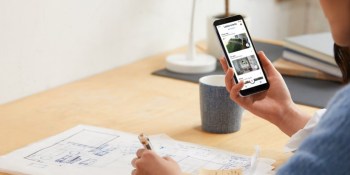 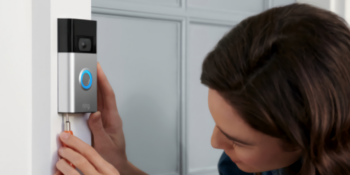 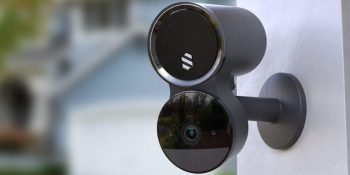