Virtual reality headset maker Pico Interactive isn’t well known outside of Asia, but its all-in-one Pico G2 is a top seller in China — one of the world’s leading adopters of VR technology. Today, Pico revealed the Pico G2 4K, a standalone VR headset that will use a higher-resolution display to challenge upcoming all-in-one rivals such as the Oculus Quest.

While Pico G2 4K is being pitched at enterprises rather than the broader consumer market, the basic concept is the same: The headset contains all of the hardware and software necessary to quickly transport a wearer into a virtual space, including a kiosk-ready single app mode, and the option for menu navigation without a handheld controller. Additionally, since it’s made to be worn by multiple people, Pico works with replaceable, easy-to-clean face inserts — a hygienic step that rivals generally omit.

“VR and AR continue to grow on the consumer-level,” said Pico CEO Henry Zhou, “but we feel there’s far more untapped potential in using these cutting-edge technologies to elevate businesses behind-the-scenes… We are carving out our own identity as a leading enterprise VR and AR hardware manufacturer while expanding the overall market by providing tailored products and options few of our competitors provide at this point.” 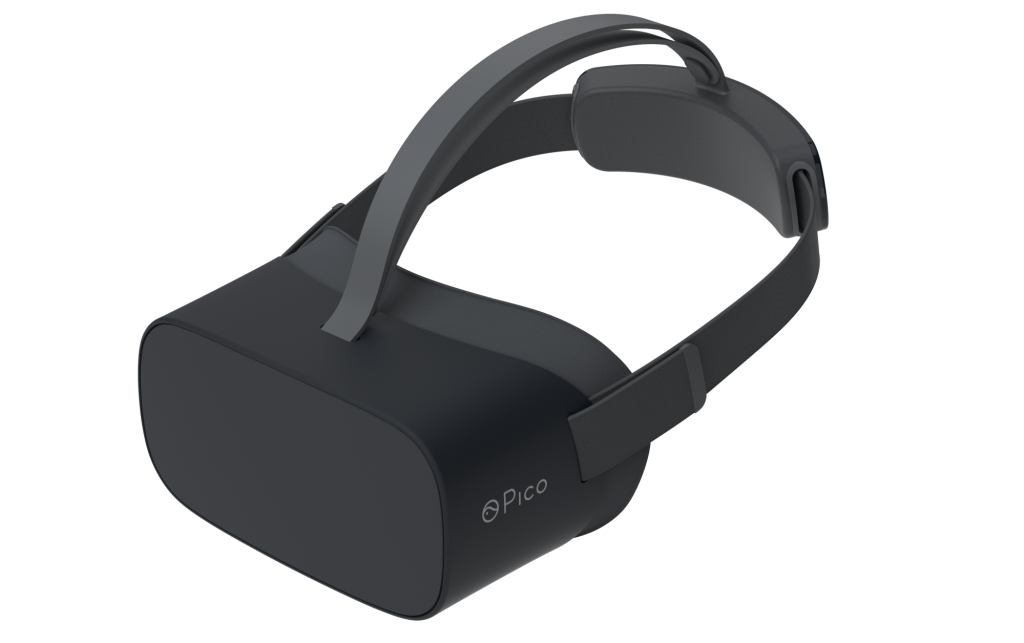 Above: Color aside, the Pico G2 4K strongly resembles its predecessor from the outside.

Whether Pico G2 4K can actually outperform rivals in real-world use will remain a question mark until it’s put on display at next week’s CES in Las Vegas. The new headset is expected to be powered by the same Qualcomm Snapdragon 835 found in both the original G2 and Oculus Quest, but will apparently have only 3DoF (degree of freedom) tracking compared with Quest’s 6DoF. It will also include 32GB of integrated storage and 4GB of RAM, while running apps from HTC’s Viveport M and Pico’s own app store.

Pricing and official release date information have yet to be announced, but Pico G2 4K is expected to ship within the first half of 2019. The prior Pico G2 sold for just under $300, a roughly $100 premium over the lower-end Oculus Go.