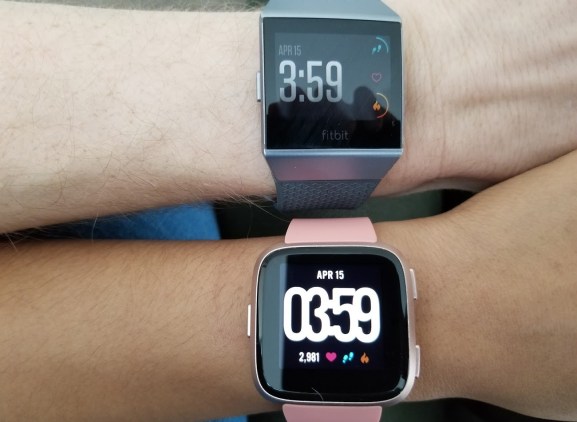 It’s a few days into January, meaning you’re procrastinating from implementing your New Year’s resolution. Maybe you want to get “totally ripped, bro” or simply want to make a habit of leaving your bed/couch/chair trifecta. Regardless of how active you want to get, let technology help.

The trick is to find the right combination of apps, gadgets, and other hardware that specifically works for you. There’s no sense in buying the best Fitbit if you’re never going to wear it. There’s no point in setting up a standing desk if you’re going to hate using it. There’s no logic in downloading an app that requires challenging your friends who aren’t interested.

I’ve tried various “health tech” solutions over the past year, and here is what I’ve learned.

Get a fitness tracker that you’ll wear

The most important thing when looking for a fitness tracker is battery life. Don’t get something that lasts half a day and that you must charge every night. Get something that you can wear for a week without having to worry about it dying on you.

Once you have it, the first thing to do is hit an achievable goal. Set yourself up for success — don’t get a wearable and immediately get annoyed with it. You can aim for an overall daily step count, a much smaller hourly one that keeps you moving, or a combined goal with some friends. Don’t build out a crazy exercise regimen that you’re not going to maintain. Work your way up slowly.

Use counting steps to avoid being sedentary, not as an exercise solution. You should be going to the gym, playing sports, or being active in your own way in addition to counting steps. Walking regularly helps you get away from your desk (go on a walk when you have to take a call), but it’s not enough on its own.

Stand at your desk

Before getting a standing desk, make sure to first figure out how you’re going to use it. Are you going to stand at your desk all day? Only during certain tasks? Certain times?

I’ve been using a Eureka Ergonomic standing desk, but there are plenty of options out there. The most important thing to look out for is convertibility. Get a standing desk that doesn’t limit you — one that you can easily adjust and sit at if need be. A standing desk shouldn’t make working at your desk harder — but it should be there when you need to stop sitting.

Set reminders to stand that won’t frustrate you. Tie standing to specific times of day that you’re less busy or during tasks that you know you’ll find it easy during which to stand. You don’t have to stand all day — you just have to avoid sitting all day.

There are plenty of fitness apps and communities that can help you reach your goals. You’ve surely heard before that it’s more fun working out with a partner than by yourself. The key here is to use tech to handle the logistics.

Many people prefer working out solo, and that’s fine. But that doesn’t mean that the motivation part must be separate. Track and share your progress, challenge your partner to a step count goal, or join a group that looks aligned with your personal level. (Canada offers an awesome Carrot Rewards app — find something similar for your locale).

You don’t even need to get a separate app if you don’t want. Already talk to your friends on Facebook Messenger, WhatsApp, or any of the hundreds of other messaging apps? Set up a new chat with your fitness friend dedicated just to push one another.

If you’re going to take one thing away from here, let it be this: Everything is not for everyone, but everyone should try everything. Don’t do all of the above at the same time. It’s better to introduce new challenges one by one, and it’s perfectly OK if some replace each other. For example, I used a standing desk for months before I started going on walks during my meetings. I stopped using my standing desk as a result, but this year I’m going to reintroduce it and try to keep both as part of my daily movement.

It’s perfectly fine to drop a regimen if you’re doing multiple other movements throughout the week. Once you get into the habit of doing one thing, add another, and then another. Your week will sort itself out throughout the year. Just make sure you’re always doing something for your health. Your body and mind will thank you.