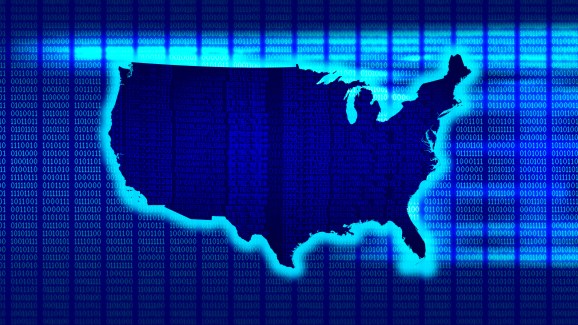 We live in an age when virtually every aspect of life is viewed through the lens of partisan politics. For corporations, that often means walking a tightrope to avoid alienating employees, investors, and consumers on the left and right. Recently, a heated debate has arisen over whether companies, particularly those in the tech industry, should provide goods and services to the federal government.

In one high-profile example, Google earlier this year chose not to renew its contract for Project Maven, which provided the Pentagon with artificial intelligence software to analyze military drone images. Google employees had criticized the project, saying it went against the company’s “Don’t Be Evil” ethos. Amazon, on the other hand, has made no secret of its desire to expand its dealings with Washington. The tech behemoth, whose planned Arlington headquarters will be within a mile of the Pentagon, is bidding on a $10 billion cloud computing contract to host data critical to U.S. military operations.

Although I’m sympathetic to the Google workers’ concerns, it is incumbent upon tech companies, for both business and ethical reasons, to work closely with government.

The business argument is pretty straightforward. The federal government spends hundreds of billions of dollars a year on contracts with private sector companies, making it the largest single customer in the U.S. But it’s not just about money. In addition to cash, the government is rich in a resource that is the lifeblood of tech innovation: data. Federal agencies have been collecting vast amounts of information on everything from auto safety to weather to crime for decades. Providing tools to analyze and make use of this data, particularly in the burgeoning area of artificial intelligence, is opening up exciting new commercial opportunities for government vendors.

This data also allows technology businesses to use their extensive powers for good. Take Project Maven for example. While reasonable people can disagree over the morality of drone strikes, the military is likely to keep using them for the foreseeable future — with or without Silicon Valley’s help. Wouldn’t it be better if the trove of data the government has collected on drone strikes was used to increase accuracy and prevent collateral damage?

Historically, when commercial enterprises have worked hand in glove with the federal government — under Democratic and Republican administrations alike — both the companies and the public at large have reaped huge benefits. Kevlar, a tougher-than-steel material that DuPont developed in the mid ’60s to produce durable, lightweight automobile tires, became a key component in military body armor, saving thousands of lives. Conversely, elements of many of our favorite consumer products (think GPS, touch screens, video chat and, of course, the Internet) were originally created for the U.S. military. Without these types of public-private partnerships, we would all be worse off.

So, fellow tech innovators, work with the government. We need to help it do better. If we don’t, these problems aren’t going to solve themselves.