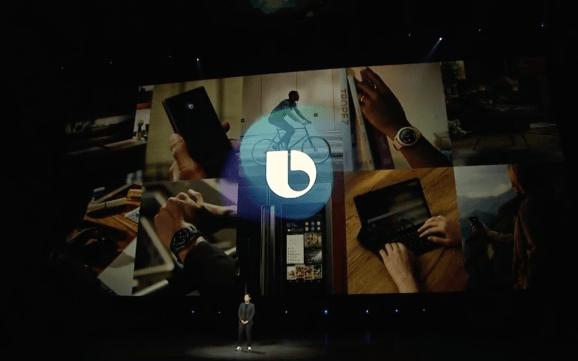 During a keynote presentation at the 2019 CES conference, Samsung revealed that Bixby, its homegrown digital assistant, will support Google apps. The preliminary list includes Google Maps, Google Play, YouTube, and Gmail, but it’s unclear just how said support will be implemented. We’re expected to learn more in the coming days.

The news follows on the heels of a related announcement earlier this week: Google Assistant and Amazon’s Alexa will be supported on all of Samsung’s forthcoming TVs, including its recently announced QLED models.

It’s available in more places (over 200 countries) and on far more devices than it used to be — such as Samsung’s Family Hub 2.0 refrigerators and the Seoul company’s latest-gen Smart TV lineup. On the features front, Bixby has learned to speak new languages, like German, French, Italian, and Spanish. Moreover, thanks to a newly released developer toolkit (Bixby Developer Studio) and a digital storefront (Bixby Marketplace), it supports a greater number of third-party apps and services than ever before.

But when it comes to third-party app support, it lags behind the competition. Samsung says Bixby can perform “thousands” of actions, compared to the millions that the Google Assistant can undertake.

By adding Google apps to the mix, Samsung’s closed the gap just a little bit.