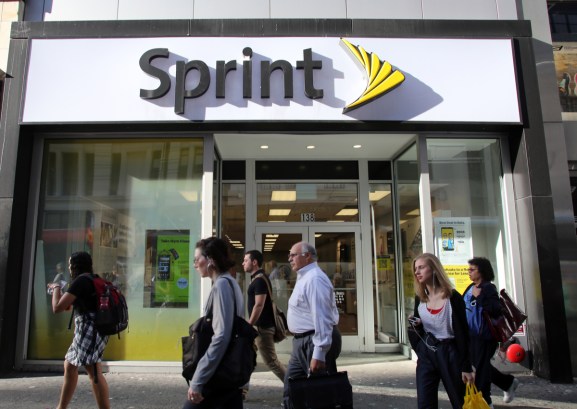 Though Sprint’s merger with T-Mobile is expected to be approved this year, the timing remains ambiguous, leaving the fourth-place U.S. carrier to continue discussing its plans for independent 5G service and devices. This morning, the company officially announced that it will release a Samsung 5G smartphone in Summer 2019, enabling Sprint customers to access 5G services ahead of — and presumably during — the merger.

Just like Verizon’s and AT&T’s announcements of Samsung 5G phones last month, Sprint’s news today is light on specifics: No name, pricing, or exact release date has been given for the new device. The hardware appears to be different inside than on the earlier phones, as there won’t be either millimeter wave or sub-6 GHz radios in the Sprint model. Instead, Sprint promises that the phone will be able to connect to its LTE and 5G network using 2.5 GHz spectrum, as well as Band 25 1.9 GHz spectrum, Band 26 800 MHz spectrum, and unspecified other LTE bands for roaming.

“We are proud that our longstanding relationship with Samsung has delivered some of the most innovative mobile technologies to our customers over the years,” said Sprint CTO Dr. John Saw. He added: “this tradition continues with 5G. Samsung is one of our key 5G network infrastructure Massive MIMO providers, so we are delighted that they will also deliver one of our first 5G smartphones, putting blazing fast connectivity right into our customers’ hands.”

Although the announcement might seem unrealistic, given the likelihood that Sprint will be gobbled up by T-Mobile before the phone launches, there are existing Sprint users who will need to transition to the combined network after the merger takes place. T-Mobile has indicated that it will integrate Sprint’s 2.5 GHz network into its own network, apparently as the mid-band component to its nationwide 600 MHz service and future millimeter wave offerings.

Sprint has promised to launch its own 5G services in Atlanta, Chicago, Dallas, Houston, Kansas City, Los Angeles, New York City, Phoenix, and Washington, D.C. during the first half of 2019, relying in part on an HTC 5G Hotspot announced last November. The company says it will announce additional device specifications and more specific release timing for the Samsung 5G phone later this year.