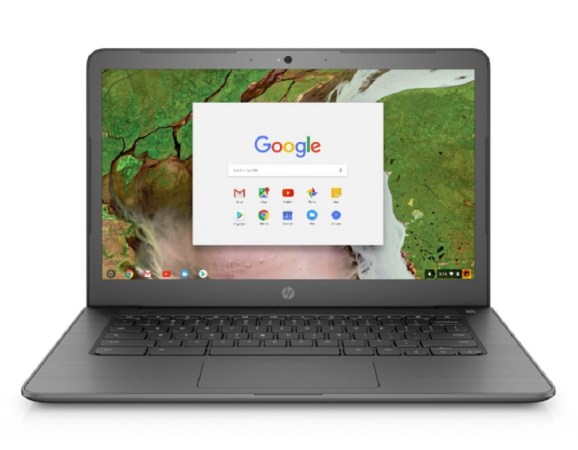 A day after it unveiled two Intel-based Chromebooks, HP showed it is playing both sides, revealing two Chromebooks based on chips from Advanced Micro Devices.

The HP Chromebook 11A G6 Education Edition uses the AMD A4-9120C APU (accelerated processing unit, which combines graphics and processing in the same chip). It has battery life of up to 10 hours, with HP Fast Charge, which accelerates recharging.

Designed with co-molded rubber reinforced corners, the 11A is a durable PC that enables access to thousands of educational Android apps and has universal USB-C connectivity and charging. It runs the Chrome OS, which is touted as more secure than other operating systems. The device is just 19 millimeters thick and is built to military standards, when it comes to drop testing. 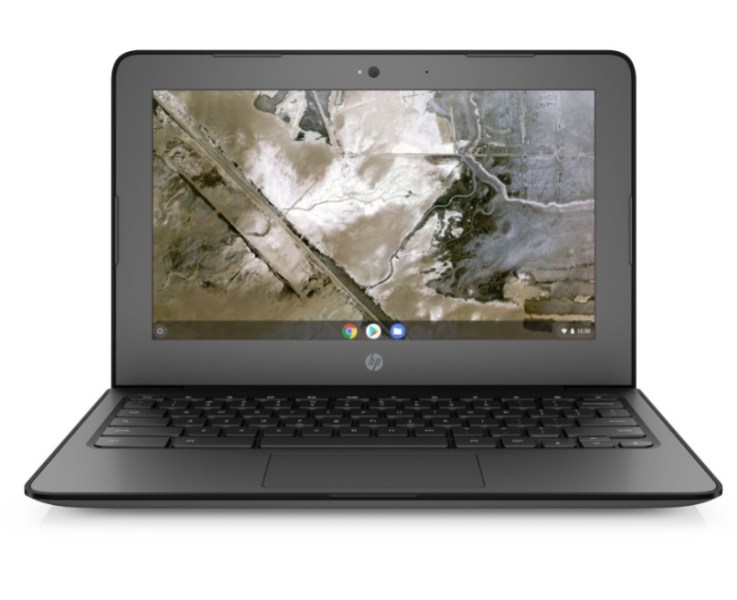 Above: HP Chromebook 11A G6 EE

The machine has 4 gigabytes of main memory, and eMMc storage up to 32GB. It has an optional HD IPS touchscreen that supports viewing from multiple angles and a 180-degree hinge that lies completely flat for easy collaboration. The HP Chromebook 11A G6 Education Edition PC includes a perpetual license of HP Classroom Manager, Student Edition. The price will be disclosed at a later date.

The HP Chromebook 14A G5 is built for the enterprise, educators, and higher education with the Chrome OS. Driven by the latest AMD processors, this durable PC will have universal USB-C compatibility, and it includes optional features like a backlit, pick- and minor-spill-resistant keyboard and choice of HD or FHD IPS panel. The HP Chromebook 14A G5 is expected to be available in April.

At CES 2019 earlier this month, HP also introduced its first AMD-based Chromebook, the HP Chromebook 14. This device takes advantage of AMD A4 and A6 CPUs with integrated Radeon R4/R5 graphics for enhanced productivity. Available in white, blue, and gray, it has access to up to 100GB of Google Cloud Storage and more than a million Android apps through the Google Play Store. It is available this month for a starting price of $269.