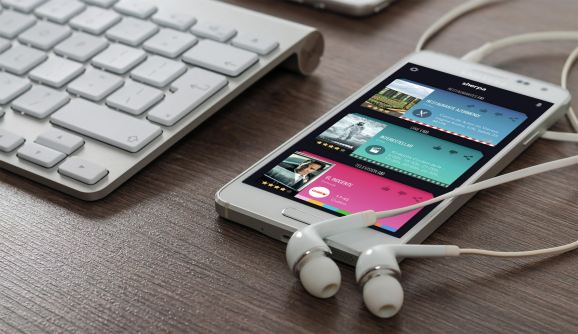 Sherpa.ai, maker of an AI assistant that speaks English and Spanish, today announced the close of an $8.5 million funding round. The money will be used to improve Sherpa’s natural language processing and predictive AI systems, and get its assistant into the products of more tech manufacturers, automakers, and telecommunications companies.

Sherpa got its start in 2013 as a smartphone app, but integrations with products like smart speakers will be announced in the months ahead, Sherpa CEO Xabi Uribe-Etxebarria told VentureBeat in an interview. A hardware development kit for manufacturers to put Sherpa inside their products made its debut last summer, starting with Porsche.

While Alexa recently learned how to speak Spanish in Mexico and Spain and Google Assistant can speak three dialects of Spanish, Sherpa’s assistant can handle nine dialects, including Spanish for people in Colombia and Argentina.

“I think it’s a huge opportunity for us, and it’s really good that Amazon has launched Alexa for us because it’s opened more of the market for us. It has created a market that we were doing with an app, and now we are also working with smart speaker OEMs to provide them the update to Spanish-speaking solutions,” he said.

As part of the expansion, Sherpa will also seek to add an email summarization feature for its predictive AI, which proactively attempts to serve up content for users based on past activity. Other predictive insights from Sherpa are drawn from news, weather, and traffic, the most often repeated use cases for Sherpa users.

Alexa has started to make more predictive insights with the introduction of Hunches last fall, while Google Assistant can serve up predictive notifications on Android smartphones.

“What we try to do with Sherpa is give you information even before you ask. So when you wake up in the morning, Sherpa has been reviewing all the news and selected some news that Sherpa knows that you are interested in,” he said.

Like SoundHound and other AI assistant companies that exist outside tech giants, Sherpa believes it can grow by offering white-label versions of its technology to large companies that run their own music or video content services or other verticals but don’t want to give their data to competitors with assistants like Apple, Google, and Amazon.

“I think there’s a huge opportunity for a company like ours to give them what they’re asking for,” he said.

Sherpa will use the funding to more than double its staff from 40 to about 100 in the coming months.

The round was led by Mundi Ventures with participation from British Airways CEO Alex Cruz. To date, Sherpa has raised $15 million.

Sherpa.ai was founded in 2012 and currently has 40 employees. The company has offices in San Francisco and is based in Bilbao, Spain.