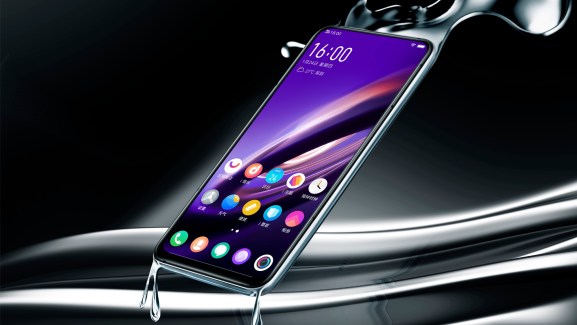 If Vivo is correct, 5G phones are about to get even sleeker than the latest 4G models — assuming you’re ready to give up a few non-trivial features. Following brief teases on Chinese social media, the company today officially unveiled Apex 2019, a 5G smartphone completely bereft of seams, bezels, and openings.

Internally, Apex 2019 sounds exactly like what we’ve been expecting from multiple early 5G smartphone vendors this year: a Qualcomm Snapdragon 855-based device with 12GB of RAM and 256GB of storage. Though it doesn’t say much about the device’s capabilities beyond promising a Jovi AI assistant and “many other smart functions,” Vivo says that Apex 2019 will include unspecified 5G data hardware, having freed up precious space for 5G modules by stacking circuit boards together.

On the outside, there’s a lot to love about the “Super Unibody” design, which is intended to improve Apex 2019’s usability. Going even further than Apple by eliminating every physical button, notch, speaker hole, and port from its housing, Vivo has come up with substitutes for most of the expected technologies that normally reside in those areas.

To eliminate physical buttons from the device, Apex 2019 uses a combination of curved glass with capacitive touch and pressure sensors, registering edge-of-screen frame presses as button inputs. As an alternative to a notch-dependent face scanner, Vivo has adopted a “full-display” fingerprint scanner that actually covers “almost the entire display,” illuminating pixels around the sensed fingertip to improve fingerprint recognition.

Above: A tiny ear speaker might be visible above the screen.

The screen glass winds up doing triple duty in Apex 2019, as it’s also used as a conduit for sound. Instead of speaker grilles, Vivo says that the entire display is used as a speaker using a “screen vibration function.” While that would make for an interesting experience right next to your face, close-ups of the device suggest that there may be a tiny conventional ear speaker above the display. It’s unclear how the microphones work or where they are, but they may be nestled in a similar location below the display.

One change that might elicit howls from Android fans is the complete elimination of ports — not just the increasingly absent 3.5mm headphone port, but any type of USB port at all. Instead, Apex 2019 charges solely with a magnetic power connector called MagPort, which Vivo says makes the housing more compact. Rather than hiding completely inside the housing, MagPort is a collection of seven physical pins in a pill-shaped array on the bottom back of the housing. 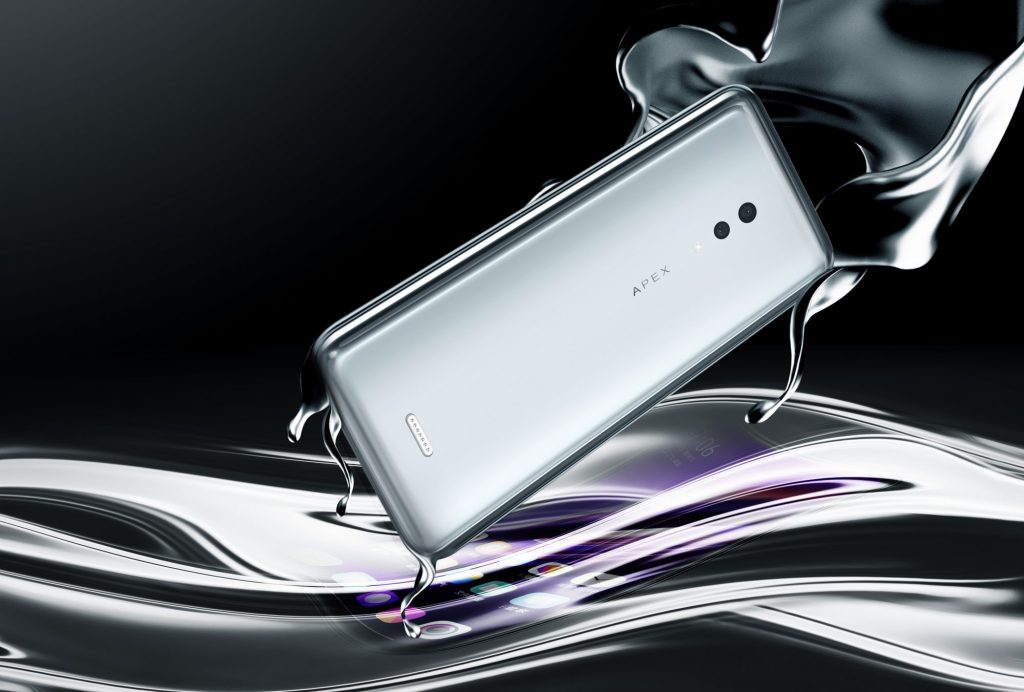 Another change that will likely generate some discussion is the elimination of any front-facing selfie camera, seemingly in favor of two rear-facing cameras. While a flash can be seen under the cameras, the top lens appears to be larger than the bottom one, suggesting a difference in resolution or focal length. Vivo has not yet revealed specs for the cameras, and when asked about the front camera, told VentureBeat that it has “not provided a specific front camera solution, as we hope that people can focus on the concept device’s disruptive innovations mentioned” above.

Similarly, Apex 2019 doesn’t yet have a release date or price, but it’s slated to be shown off at the 2019 Mobile World Congress in February as a “concept phone” — the same phrase the company used when showing the 2018 version of Apex at last year’s MWC, before launching the device as Vivo Nex in June. Based on country-to-country differences in 5G radio frequency standards, the model could wind up exclusive to China, or be limited to a U.S. carrier without millimeter wave requirements, such as T-Mobile.