Google has unveiled its first dedicated U.S. hub for its Launchpad accelerator program.

The internet giant today officially opened a new “innovation space,” as it calls it, at 543 Howard Street in San Francisco, and it will be the first time the Launchpad has had a home to call its own since its inception three years ago.

Google first unveiled Launchpad for a handful of countries across Latin America and Asia back in 2015, though it didn’t officially kick off until early 2016. Successful startup applicants received up to $250,000 worth of assistance, which included $50,000 in zero-equity seed funding, credits to use Google products, a physical workspace in their home country, a two-week “boot camp” trip to Google in the U.S., plus additional mentorship.

In the intervening years, Launchpad has seen 13 intakes constituting 241 startups across 5 continents, including Europe, Africa, North America, and the original launch markets in Latin America and Asia.

Each cohort usually focuses on a particular “theme” from within the technology industry. This coming year Launchpad will focus on global startups working on AI in fintech, health care, and “social good.”

It’s worth noting here that Google originally intended to open a dedicated Launchpad hub in San Francisco way back in 2016, but as things transpired, the property it intended to move to fell through. Instead, Launchpad’s visiting cohorts have been sharing a space at Google’s offices at 345 Spear Street — a mere 10-minute amble from its new place on Howard Street. 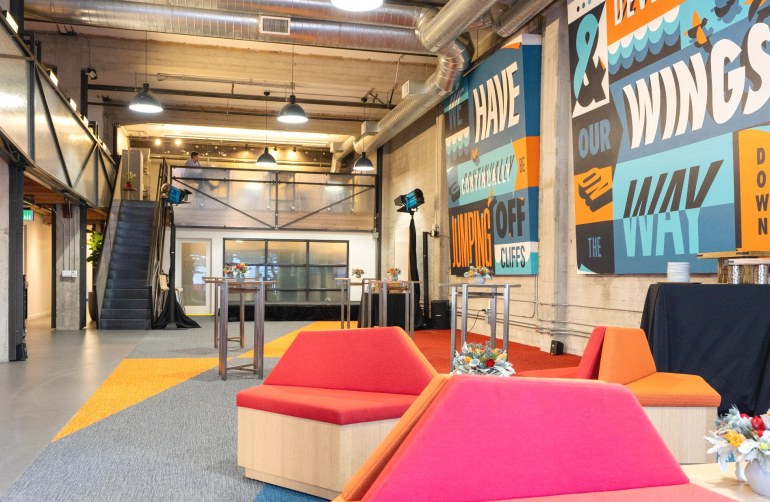 The office is actually being opened by Google’s Developer Relations unit, which hints that this space will be used for more than housing Launchpad startups from around the world. Indeed, it will also be used for programs aimed at the broader developer community, including sessions hosted by Google engineers covering big data, AI architectures, and Kubernetes.

“By working with more than a million developers and startups we’ve found that something unique happens when we interact with our communities face-to-face,” noted Launchpad San Francisco head Jeremy Neuner, in a blog post. “Talks, meetups, workshops, sprints, bootcamps, and social events not only provide opportunities for Googlers to authentically connect with users, but also build trust and credibility as we form connections on a more personal level.”