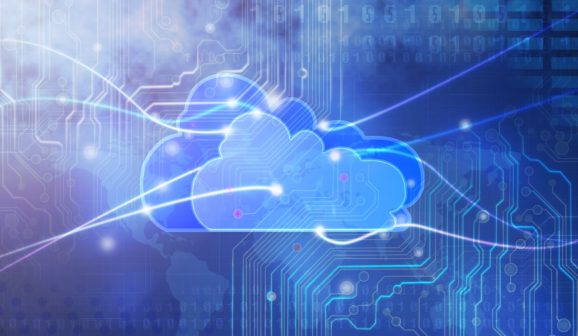 A study last year reported that 81 percent of enterprises now have a multi-cloud strategy, and a majority have a hybrid of private and public clouds. That’s a significant number of companies struggling to manage complex existing networks and multiple clouds as well as the associated security strains. Blockchain technology may still be the new kid on the block, but it has a lot of promise in exactly this kind of environment. Let’s take a look at two common challenges where blockchain has potential:

Making clouds talk to each other

No matter the reason that necessitates a multi-cloud or hybrid setup, the associated networking challenges are almost always the same. Instances in each cloud provider are typically in their own private network and can’t see each other — let alone communicate — without significant routing or firewall configurations. Each instance essentially lives in a silo without any interconnection. If the instances do get bridged, it’s an entirely different challenge to make sure communication is secure and safe from attacks such as eavesdropping or “man in the middle.”

Today many businesses solve these issues — if they have sufficient resources (which is a challenge in and of itself) — with NATs or VPNs to bridge each network. Unfortunately, that means there’s one more service to configure and maintain and yet another point of failure. VPNs were created when more static data centers were the norm, rather than the elastic topologies that cloud-hosting enables. This doesn’t allow them to scale well.

However, blockchain could help with eliminating any need for a separate, centrally managed VPN by instead using resilient peer-to-peer connections. Because of blockchain’s decentralized nature and enthusiastic open-source communities, blockchain systems are often accompanied by powerful auxiliary tools and technology, such as robust peer-to-peer networking and data-replication implementations. These characteristics provide the opportunity to bridge cloud providers into a common network where each connection point securely peers with every other point, regardless of cloud provider or container instance. The resulting peer-to-peer network can act as an agnostic overlay on top of the underlying connection points, enabling simpler and more secure data transfer. Cloud providers like Amazon Web Services are quickly catching on to the fact that blockchain is a flexible and increasingly common part of different enterprises’ toolkits.

Speaking of enabling flexible and global businesses, there are no shortages of data points to suggest that remote working is on the rise, workforces are becoming more decentralized, and the competition to attract talent is at a global scale. Successful businesses will need to embrace more flexibility, which means many will look to open remote or “branch” office locations.

The challenge for businesses, though, has always been to balance the need for growth against the overall cost, both operationally and from a resource perspective. And scaling a cloud-connecting, spread-out enterprise is one of the harder parts of expansion. It’s not easy to have decentralized offices and employees, connected through cloud technology, operate just as seamlessly and securely as if they were part of headquarters. This is a very common and historical challenge for businesses like restaurants or retailers, where added physical locations away from headquarters are the primary drivers of revenue growth.

While the legacy solution was fiber, that proved too expensive and complex and required longer-term commitments. This meant an evolution to VPN and SD-WAN options, but what fixed one set of cost and complexity problems only brought in new ones, including expensive hardware or licenses that are more difficult to execute and maintain. As a result, some businesses opted to use multiple options, but each added option can present a security hole with even the slightest misconfiguration.

So now the modern enterprise is looking for its next evolution, which provides blockchain another opportunity to improve networks across locations. The flexibility of blockchain networks makes it possible to facilitate more fault-tolerant communication between connection points, even as the network changes in both expected and unexpected ways.

Then there’s blockchain’s redundancy. If, for example, important configurations like network topology and firewall rules were managed using on-chain state or even with smart contracts, it might be smarter to deploy and monitor modifications, as there is no central point of failure and every change is tracked with replicated chain data secured by one-way cryptographic hashes.

At the end of the day, businesses that want to expand locations could have a blockchain-backed network that provides:

The bottom line is that cloud requirements for the modern enterprise have forced businesses to drain resources on complex workarounds for common network-scaling problems. Blockchain might be a promising, yet nascent technology that ends up being useful in some cases and not in others. However, as developers dig in deeper, it might very well be the best thing to happen to the cloud-powered enterprise since the cloud itself.

Jong Kim is the chief architect at Marconi Foundation. He’s also an experienced blockchain developer, investor, and Bitcoin miner since 2011. He previously served as a Google network infrastructure lead after Appurify, where he led hardware and software development, was acquired in 2014. Jong also was the founder of HashLayer, one of the first multi-blockchain explorers, and has been a senior software engineer for Zynga and Qualcomm.