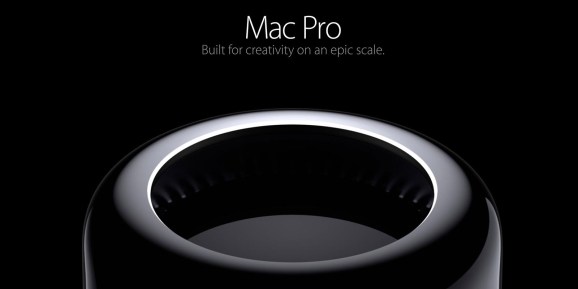 Despite President Donald Trump’s repeated attempts to pull more Apple device assembly back to the United States, the New York Times today points to the Mac Pro’s troubled Texas assembly lines as illustrating why iPhones won’t be built in the country they’re designed in. While the report spotlights limited local availability of custom screws as one issue, the larger problem is a lack of U.S. manufacturing infrastructure compared with that in China.

In late 2012, Apple confirmed that it would build a Macintosh computer in the U.S., making the device the first major Apple product in years to be assembled within the country. Bypassing Chinese manufacturers such as Foxconn, Pegatron, and Wistron, Apple partnered with Flextronics for the Mac Pro, quietly offloading day-to-day assembly challenges to an Austin, Texas factory.

If domestic manufacturing for the expensive and fairly low-volume Mac Pro had worked out, further U.S. assembly of Apple devices might have made sense. Instead, the project ran into staffing and supply problems early on, leading Apple to continue making the rest of its products in other countries.

Unlike Apple’s Chinese partners, Flextronics struggled from the beginning to meet the Cupertino company’s demands. High labor expenses were apparently to blame for the small size of its production teams, which led to delays. Additionally, while Foxconn and rivals could count on armies of workers to keep building products throughout the night, U.S. employees weren’t available for overnight shifts.

The lack of local ancillary component makers also turned out to be an issue. Late-stage design changes demanded new parts, including custom screws, that suddenly needed to be made and delivered nearby. Flextronics picked a screw supplier that could come close to Apple’s requirements using a small-batch production process, ultimately requiring the supplier’s owner to personally make 22 one-hour trips to deliver 28,000 screws.

Improving production in the U.S. would require Apple and the government to make massive investments in job training, supply-chain infrastructure, and robotic assembly — improvements that the report deems unlikely, given the continued supply of cheap Chinese labor under an authoritarian government. Apple has committed to spending billions of dollars on U.S. facilities over the next several years but does not appear to be focusing those funds on domestic manufacturing.

In light of the experience, it’s unclear whether Apple will even continue to make the Mac Pro in the U.S. While the old model is still being made in Austin using custom manufacturing hardware, the company mooted it with the late 2017 release of the iMac Pro and has promised a new and thoroughly redesigned Mac Pro for 2019. Political and public relations considerations might be the biggest reasons to retain the Assembled in U.S.A. badging for that model.