Millions of people undergo physical therapy (PT) each year — about 9 million in the U.S. alone, in fact. On average, they spend weeks performing rehabilitory exercises that last between a half hour to two hours, only the first few of which are typically supervised by a clinician. The bulk of sessions — over 90 percent — are performed in a home-based setting, and some studies suggest that this leads to deviations from the prescribed treatment — and prolonged recovery times and increased health care costs as a result.

PT progress assessments have traditionally been performed manually, or with the help of basic computer systems — neither of which provide the sort of meaningful feedback that might galvanize patients to repeat exercises. But researchers at the University of Idaho believe that artificial intelligence (AI) might play an integral future role in making the process transparent, and in turn motivate compliance.

They describe their work in a new paper (“A Deep Learning Framework for Assessing Physical Rehabilitation Exercises“) published on the preprint server Arxiv.org this week.

“Despite the essential role of rehabilitation assessment toward improved rehabilitation outcomes and reduced healthcare costs, existing approaches for computer-aided monitoring and evaluation of patient performance lack versatility, robustness, and practical relevance,” the researchers write. “In this paper, we propose a deep learning-based framework for automated assessment of the quality of physical rehabilitation exercises.”

Said framework consists of (1) metrics for quantifying movement performance, (2) scoring functions for mapping performance metrics into numerical scores of movement quality, and (3) machine learning models that encode the relationship between movement data and the quality scores.

The researchers collected skeletal data consisting of sequences of human joint positions and displacements from 10 healthy subjects, who performed ten repetitions — both correct and incorrect — of 10 rehabilitation exercises recorded with an optical tracking system. Then, they calculated two commonly used metrics for rehabilitation assessment: model-less metrics and model-based metrics. (The former were calculated directly from trajectory measurements of joints, while the latter took into account repetitions with respect to models of exercises.) They next employed an autoencoder for dimensionality reduction — i.e., reducing the number of random variables in the data — and defined the scoring functions such that the value of the performance metrics in a movement quality score ranged between 0 and 1.

“For example, a movement quality score of 88 percent presented to a patient is easy to understand,” the papers’ authors explained, “and it can also enable the patient to self-monitor [their] progress toward functional recovery based on received quality scores over a period of time. Second, the quality scores are used here for supervised training of the [neural network] models.”

The CNN performed the best out of the three, with the lowest standard deviation across all but two of the exercises.

The team cautions that the results aren’t necessarily generalizable, because the dataset used for validation came from healthy patients. Still, they believe it lays the foundation for future work.

“To the best of our knowledge, [ours is the] first work that implements deep neural networks for the assessment of rehabilitation performance,” they say. 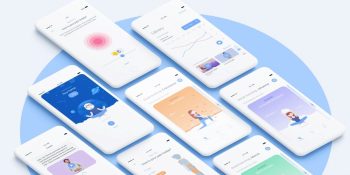