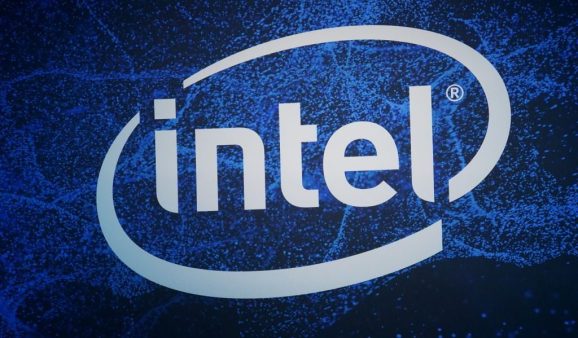 According to reports in the local business press, Intel has offered up to $6 billion to buy Israeli high performance networking (InfiniBand and Ethernet) chip and equipment maker Mellanox. High performance networking is a key component of future systems, and Intel needs this for itself. But, assuming the rumor is true, Intel’s motive may also be to prevent Mellanox from falling into the hands of other suitors. For example Oracle has a minority stake in the company, and Microsoft and Xilinx (a major FPGA competitor of Intel) are rumored to be interested in acquiring the company.

[Full disclosure: Intel is a current client of mine.]

Many of the officers and creators of the Mellanox products are previous Intel employees, so they could blend into the culture fairly easily — although the culture has changed since they were last at Intel. Still, Intel has over 12,000 employees currently in Israel and plans to expand on that, so a cultural fit may be an attractive component of any acquisition plans.

Mellanox is a fast interconnect company. That’s critical to many of the initiatives in Intel’s data center group. And it’s critical to Intel’s burgeoning Octane high performance memory for data center business. To be successful, the memory must have a way of connecting at very high speeds to maximize benefits in highly compute intensive operations. But memory is not the only reason Intel may be making a move. Intel’s FPGA products, so many of which will be used in AI systems, also require high speed interconnect for maximum benefit. The FPGAs will also be used for 5G core infrastructure systems, where NFV is critical to success and where Intel plans to compete aggressively.

Mellanox has been in business for about 20 years, with some major revenues ($280 million in Q3 2018). Its customers include Alibaba, Dell, and HPE. Intel also has major programs with Alibaba around using Intel Xeon chips for cloud based systems that run Alibaba’s massive operations in China and soon other parts of the world. The intersection of high speed networking, fast processors, highly capable CPUs, and AI acceleration could easily pay for the acquisition if the Alibaba partnership blossoms fully as Intel expects it to.

But perhaps the biggest reason for Intel’s interest has to do with its new 3D system-on-a-chip building technology known as Foveros. Foveros basically allows Intel to stack various functional chip components onto a special substrate to create a hybrid device that has extremely high performance capabilities. But for Foveros to work effectively, the key layers in the 3D stack must include power distribution and, perhaps most critically, fast communications capability. Mellanox technology could expand Foveros capabilities beyond the first generation currently aimed at PCs and move it into the high performance computing market.

Intel is betting big on Foveros to be a key competitive advantage over the next multiple years, and high speed interconnects, like those that Mellanox has developed, could be a key ingredient to their success, especially in large systems for data centers and cloud applications.

The downside of this acquisition for Intel is that most of the Mellanox chips run with ARM based CPUs and are being produced by Intel’s key chip production rival, TSMC. But it’s not the only time this has been an issue for Intel. Its Infineon acquisition which got it into the wireless modem business for 3G/4G and now emerging 5G, also ran on ARM computational engines. And that business is doing well.

The bottom line is, if Intel can leverage all of the fast connect and mesh technologies Mellanox has invented and mass produced, it can compete in many different markets with massive TAM potential (Intel lately has been throwing out figures like $300 billion in TAM). Intel could try to recreate these fast interconnect chips without acquiring Mellanox, but that would likely take at least two years and cost several billion dollars. Mellanox has already done the work, and Intel could leverage it almost immediately. That and the fact that Intel keeps investing in new chip factories in Israel, where much of Mellanox is located, could give it a synergy that would help advance both companies. Of course, Intel could simply buy the chips from Mellanox and not buy the company, but such a strategic dependency could be upended if/when Mellanox is acquired, potentially by a competitor.

While some would argue this is a major investment for Intel that it can ill afford given all the things it is trying to do, and perhaps too expensive in any event, I would argue it is a good investment given what it will take Intel to recreate the technology it needs in memory, FPGA, AI, data center memory, and especially Foveros. If Intel does make this acquisition, I think it to be a well thought out strategic decision that should yield many benefits.

Jack Gold is the founder and principal analyst at J.Gold Associates, an IT analyst firm based in Northborough, MA., providing research and analysis of the many aspects of business and consumer computing, and emerging technologies. Follow him on Twitter @jckgld or LinkedIn at https://www.linkedin.com/in/jckgld.